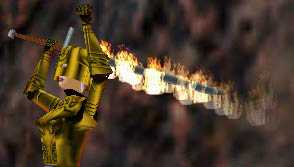 IT WAS A GOOD DAY

Ok so I am a little late with the update today. . .cough that one up to my dog, Jack, being a bigger pain in the ass than Hammerkeg, Flink and Alam McHealer combined on a good day.  Before I even logged in Venril Sathir had spawned and been killed.  I wasn't even there to take a screenshot for you guys so we'll take this one to the stock footage: 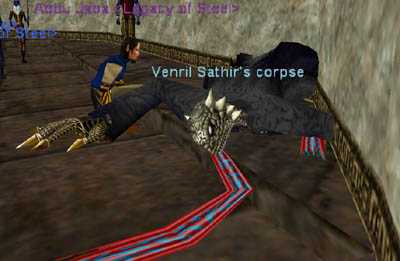 Back to the live coverage.  Parv Vardt, pride of Rivervale, was awarded with Cobalt Greaves from Venril.  Down below you can see how Parv was immediately flocked by Dwarven Admirers, cause everyone knows nothing turns a Dorf who likes to wear purple on more than a Halfling in new pants. 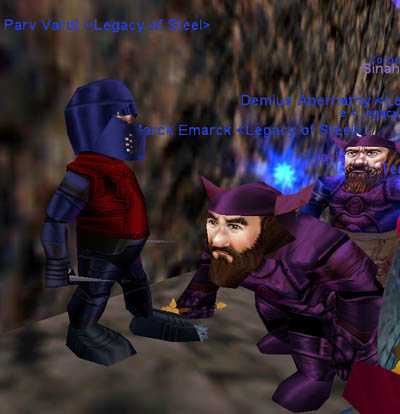 There was also a certain Dragon lurking in Old Sebilis yesterday.  We heard rumors that this leeezard known as Trakanon was, "Trying to Die."  Always, your kind-and-friendly-huggly-loveable-cuddly-ninja-striking(tm)-Uber-Guild, Legacy of Steel was eager to help this leezard who so badly, "Wanted to Die."

Above: Clearly he wanted to die.  Below: You want it, you got it. 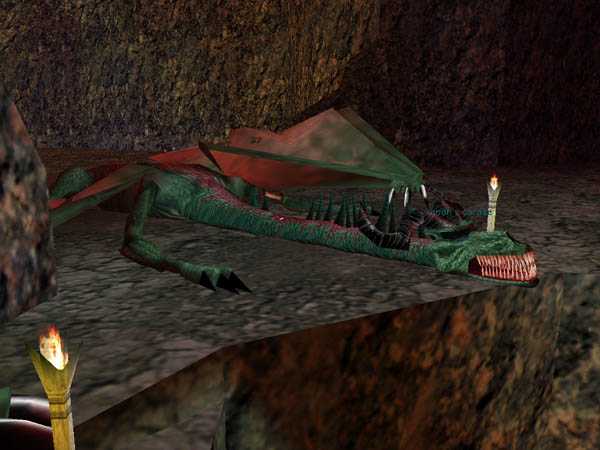 Later reports indicated that the dragon actually, "Wanted to Fly."  Ooops.  We're all misunderstood at some point.  Loot was nothing short of spectacular from the Mighty Beast:

Nizzarr Silvermoon:  The only Inky who can SoW 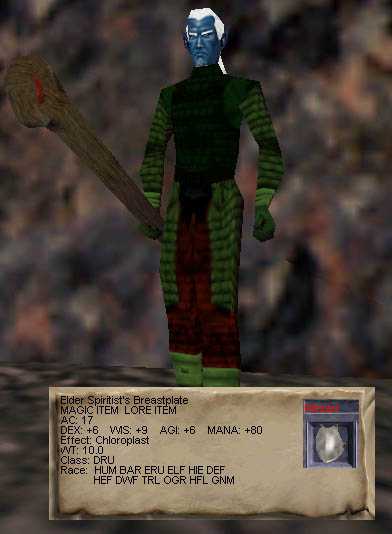 Sinah: Stop Staring at those boobies!

We also managed to clear the entire Plane of Hate.  Unfortunately, neither Innoruuk nor Maestro was around to lay the smack down to.  Oh well.  Today you'll find Legacy of Steel in Plane of Air.  Our Goal there:  To make those Friggin bunnies as angry as possible. 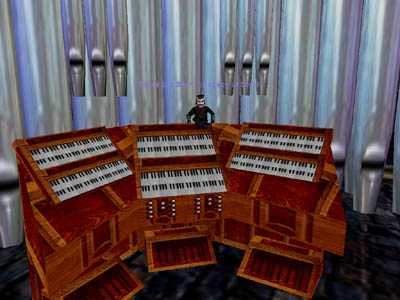