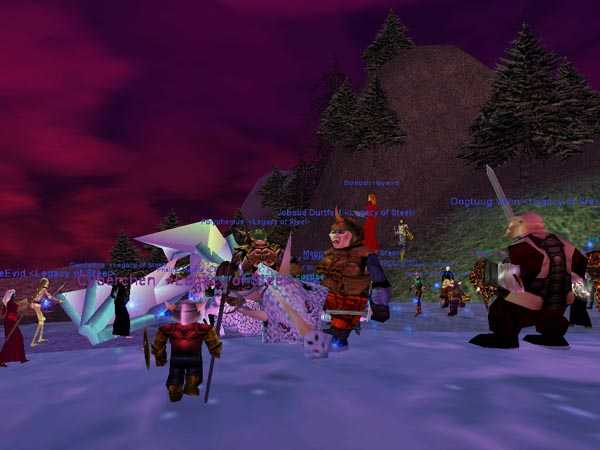 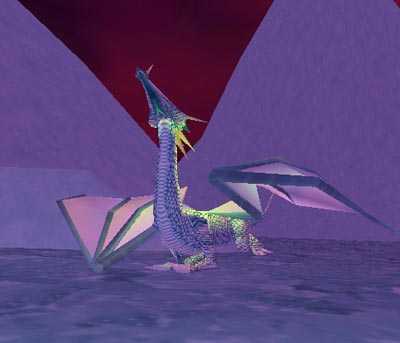 Look for Gorenaire's tattoo the next time you see her in Dreadlands.  Right on her ass it says, Property of LoS.  The big white leeeezard went down quicker than a bard in a gay bar.  We had a force of around 35 people and took the dragon out with ZERO deaths.  Some might not think this is a big deal but look back to your last attempt on Gorenaire and tally up the deaths. . .you have at least tried Gorenaire haven't you? ;)  Loot. . .let's talk about loot.  jeje.  Well, at least Barny got a pimp shield.  Shield of the White Dragon.

Rakab also got a Dragon Bone Bracer.  Nice item for a monk.  Gore also dropped a White Dragon Scale which has yet to be awarded and Prayers of Life (which admittedly I ninja-looted the last Gore attempt and blew them all on a failed Tangrin run in Field of Bone -- don't ask, and no I wasn't drunk).  Ah, and an Orb of Tishan.

Talendor died too. . I was dead before the fiery dragon of Skyfire hit the dirt.  So I have to resort to stock footage on this one.  Act surprised: 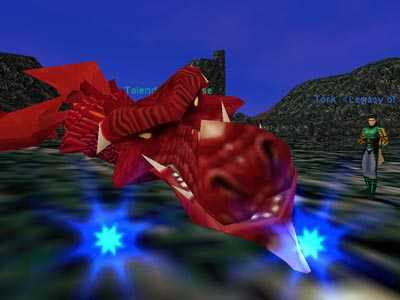 Relic was lucky enough to get a Runed Bolster Belt, Desp now has a Red Scale for his H & S quest, and. . . .well. . .shit. . .I forget.  Some other crap dropped.  Oh ya, another Runed Bolster Belt.  Grats Danuvin~  jeje wish I could remember all of it.  You'd think I'd learn my lesson and start writing this stuff down.  Oh well.  As always, was a fun day of Dragon Ownage.

Duels of the Day: 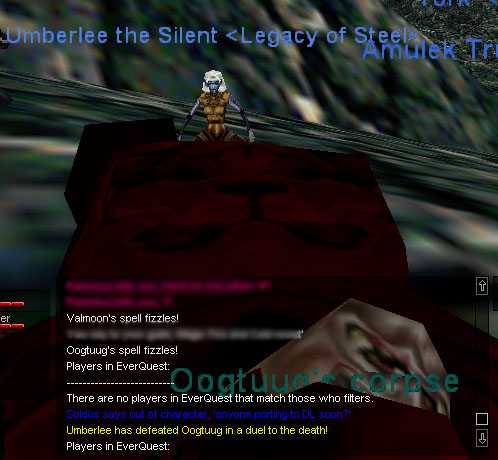 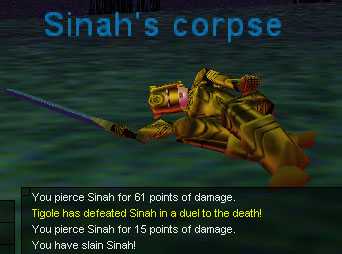 Sinah will officially kill me for this.

Lastly, Stalkers, Wanna-be's, and Unoriginal Bastards of the Day: