Hrm halfway through the week. . .I'd say so far so good.  Unfortunately, lots of our members have been coming down with that flu that's been going around.  Yes, a serious case of Poosae-itis has been going around but hopefully everyone gets better real soon!  Some of us have come accustomed to see Large Dead Corpses on the gound and we become demanding bastards when there are none around.  All things considered, we have gotten alot done lately.

Last night we worked on some epic weapon quests. 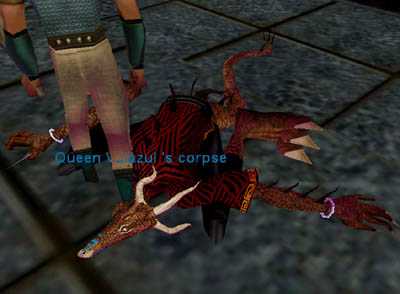 Killed this Ho again.  She dropped. . .nothing. 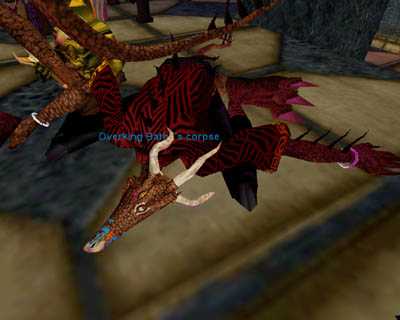 The king is dead but he's not forgotten. . .

Did get an Incardine BP for Sinah -- Grats Invis Potion 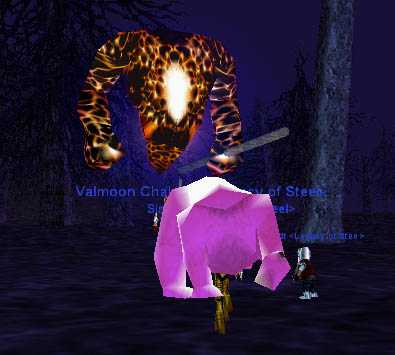 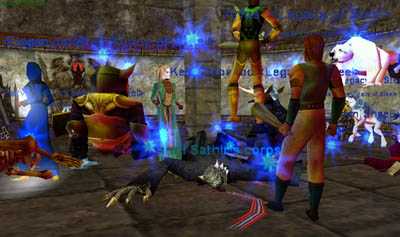 After VP the other night some of us went to Fear to keeel Cazic in hopes he would drop a skin. . .