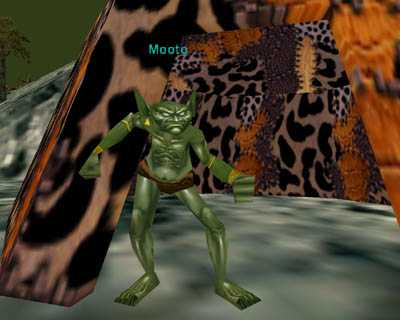 The Villain of the Thicket 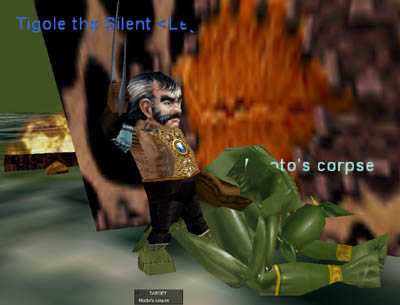 Misty Thicket: We've been debating for months if we could handle the most Uber-l33t of all the Uber mobs, Mooto.  People don't realize that in the past patch he was given a huge upgrade.  He now has 2,000,000,000 hitpoints (keeping inline with Verant's philosophy that somehow fighting a mob with 40 people in hellish lag is somehow funner if you have to do it for excessively long periods of time).  Mooto now quads for 900's as well.  His whole spell line was upgraded.  Most dubious is his AE Illusion Dorf Female spell that instantly changes everyone into the bearded lady from the circus.  Luckily, unlike the queen we killed the night before in Chardok, Mooto dropped some nice loot.  Check it out:

Congrats to Monq on the Necklace! (0.2 weight has monk item written all over it) and Nizzarr on the Backpack!

Not only can Monq equip the warbeads in the neck slot, he can use them for a quest which results in the Godly Squad Ring which has a charge of an 80hp heal.  Basically, we will be unstoppable with such items backing us up.  Expect a nerf soon because this uber loot will make us so overpowered.

All kidding aside, we had no event yesterday.  I was supposed to go out with my friend but apparently he is too goddamned Hollywood now to return my phone call.  We did manage to get some PoG farming done with a few groups.  Yes, the drops were nerfed signifigantly.  Luckily, we obtained a few decent items that made the trip worth it. 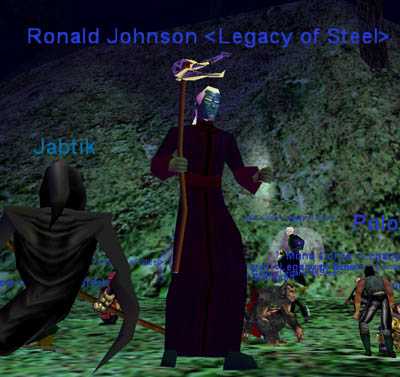 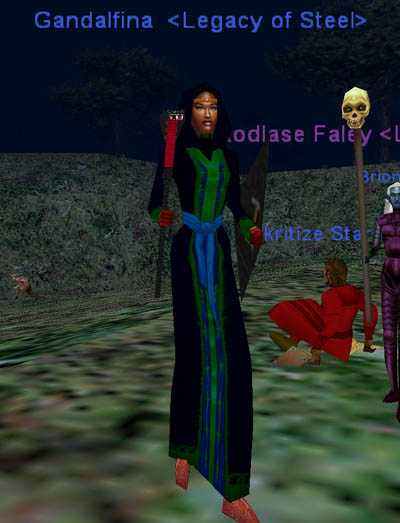 Grats Valmoon on the Legs

I had fun yesterday though. . .after PoG Adorean and I worked on the Ring Quest in Iceclad (so what I still wear a Jagged Band? foff).  Being KoS to Dorfs makes the quest especially fun.  Anytime Hide/Sneak would break, I'd have to instill doubt on the Dorf, send him running, then camp out.  Nothing like having the guy you're trying to save come after you with an Axe everytime.  Good stuff planned for tonight though, so we should all get our daily dose of ass-whooping.  Heading out to Las Vegas this weekend so there won't be any updates Saturday through Monday.  You can visit our sister site, manhole.com, for all your HGS needs to hold you over.