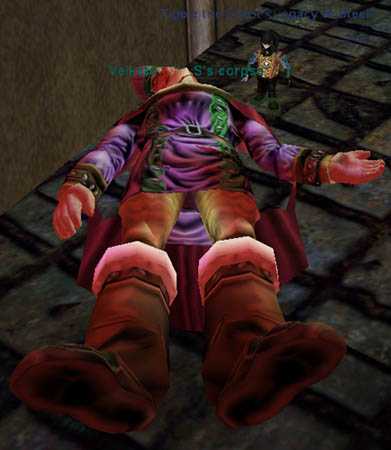 Clerics are pissed.  Warriors are pissed.  Rogues are pissed. But most of all, Velketor is pissed.  Well, he was pissed before his big dumb ass, hit the floor, dead as can be.  Did the nerfs make a difference?  Hell, yes.  The hate AI for clerics is lame.  More than lame.  Add to that the BP nerf.  Was a nice to touch that the cheal "buff" doesn't work on someone with res effects.  Well, I could rant on for hours about that lame-ass patch.  But there's no point, we will go on killing stuff. . Verant will continue to make illogical decisions.

On the way to ol' Velk we killed Lord Freeti Monk too. . . 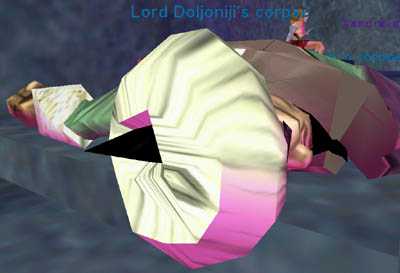 So yesterday was supposed to be the big day for Test of Tactics II on the Nameless.  Instead we got, YOU HAVE BEEN DISCONNECTED.  That's right, server down.  so they re-scheduled the ToT for tomorrow (of course half of the people on our teams will be gone).  When the server came back up we were looking for something to do.  Lot's of people had logged or were unable to get back.  So we keeled this fool.  Again.

We needed some teeth.  We also needed more Peridots. . .luckily a Shaman and Druid BP dropped.

Ok this freak is so bad, I couldn't help but to censor him from your Virgin eyes