Dain Cacksugger Takes the Final Lap with the Intimidator 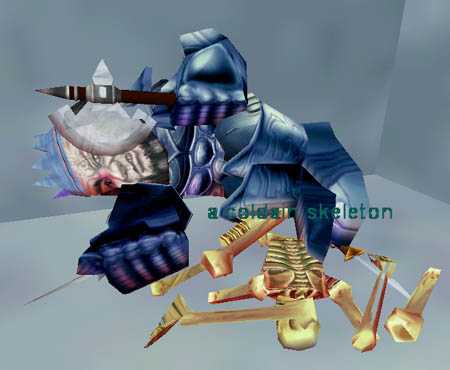 No, It's Not Deja Vu

We hammered the Dain harder than a Clinton Intern tonight.  I think we only had two deaths.  In any event, beating this Dorf like a stray dog is becoming addicting.  Too bad all those poofs early on made us forget about the lil bastard.  He's been dropping damned nice loot for us so far too.  Tonight he dropped TWO crowns and this cloak, which is new to the Nameless:

The cloak went to Zeek, with Adorean and Xandralia both proudly wearing new, ownage crowns.  I ninja looted the head.  Now, I had asked around some and was told that to do the quest you only needed indifferent faction.  I tried to put together a group to help me clear out some giants to get to ol' Tormax.  Unfortunately, no one was in the mood (funny how no one is in the mood when the shield guy isn't up).  Well, luckily Kaemon was the hero of the night.  He came to Kael, stood on King T's throne and summoned me.  So I was standing there behind Tormax thinking, "If I hand him this head and nothing happens. . .I'ma be Numero Uno on a lot of shitlists."  With palms a-sweating I handed King T (who on a good day, scowls at me, ready to attack) the head of Dain Fleshbeater.  Luckily, unlike my 8th Coldain ring, I managed to not fuck this quest up beyond recognition.  Felt really nice putting this bad-boy on tonight:

Did I mention that before the Dain, we killed Cazic? And Draco?  And every other mob in Fear? 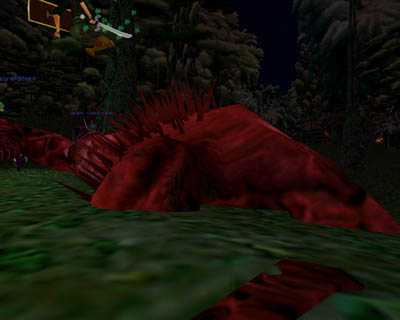 CT dropped, yes you guessed it, the Cloak and the Choker.  This week's award winners were Arlos and Hammyr.  Draco dropped the shield which Barny got and the bracer which Gandalfina is now wearing.  What a night. . .Fear cleared, CT dead, Dain dead. . .all in under 5 hours.

We also added two new members to the roster tonight.  Dunken Dorf and Yvin.  We put 'em both through hell and back to get in.  It's nice to have them both aboard. 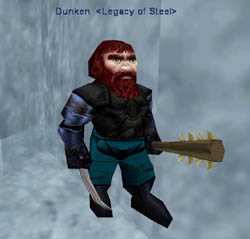 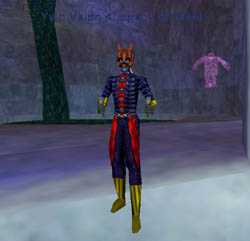 Oh and finally, I have to post a picture of my hero of the night. . .Kaemon from Shock of Swords: 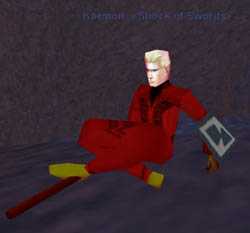