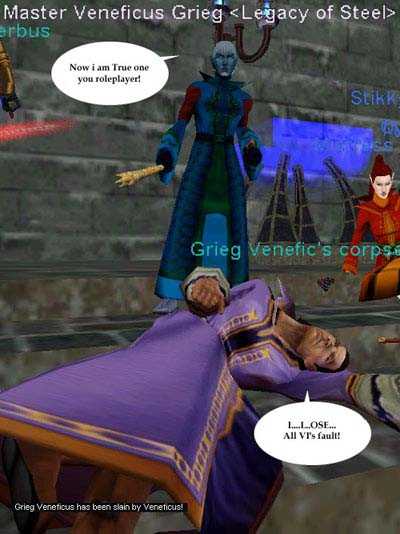 How could I not give Dada top billing with this gem?

That kill was actually from last week, Thursday or Friday.  Yes welcome to the Evil Empire, Legacy of Steel, where the Enchanters nuke and the clerics melee.  We have to make an obligatory trip to Grieg's every now and then so that Veneficus can slay that cacksugger who ganked his name.  What we here at LoS want to know is, just how did Grieg get that Stalker name through the name filter?

Moving right along. . .Sunday was a blast.  First we headed over to The Deep -- the zone in which Call of the Hero doesn't work for no apparent reason other than to force people to sit on their ass for unruly lengths of time contemplating playing games which don't force you to sit on your ass for unruly amounts of time.  The Burrower was up and in addition to having some extremely nice loot, we find the encounter to be hands-down one of the best in Luclin.  For once it really seems like VI nailed it on the first try.  This encounter is hard, hectic and non-stop fun.  When we got to The Deep, the officers started chatting about how our raid composition was a bit thin for this, specifically lacking certain key classes.  But we didn't go all the way to The Deep to sit with our thumbs up our asses and not kill the Burrower or die trying.  So we said fuck it, and started the script.  We were simply jamming.  We'd have these big long pauses between each wave (something which can be rare for those of you familiar with doing this).  Things were looking good.  And then on the last wave of Core Burrowers, the majority of our clerics die on the spawn.  At one point we had something like 2 clerics standing.  Of course tanks were quick to drop after.  Parv logged on late and sent me a tell, "Where should I head -- what are we killing after you guys kill the Burrower?"  I reply, "Man, just get here.  We're going to wipe-out but don't say anything in /gu please."

Well, the raid crew we had there yesterday was simply fucking amazing because in spite of things looking as grim as possible, we somehow pulled a victory out of the raid.  Not to mention, one of the most exciting kills we've had in a while.  Sometimes those near-death experiences are the best ;) 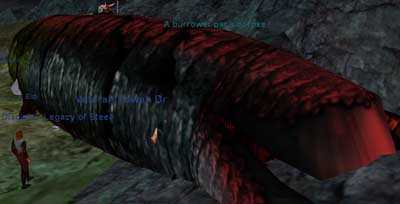 The drops were really nice -- a Tunic, Cap and two Shards.  While none of this loot is new, two of the items were new to The Nameless so I'll post 'em here for you all to check out: 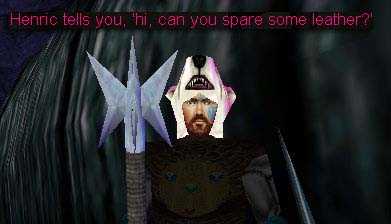 After the burrower died, our thirst for blood was still strong.  So off to Ahkeva we went!  The whole server really hates anytime anything is spawned in AR because the trains that LoS brings from the DS/ME zone to the AR zone are nothing short of epic.  Honestly, it's not intentional. . .but I highly recommend not setting up to camp exp anywhere in ME between the DS zone and AR, especially if my clerics and warriors are running through the zone.

Well, Shei is officially our bitch.  Our execution on this guy was FLAWLESS.  It's always a nice way to end the night raiding going from a chaotic Burrower-near-loss to a perfectly executed Shei kill.  Loot from the Shei was exactly the same as last time. 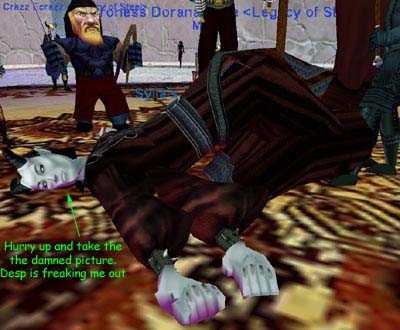 Well, I had a long discussion with Rhap.  We both decided that in the interest of upholding the tradition of fine journalism and cutting edge editorials, Rhap should perhaps take a look at current events and then write up an expose for the webpage.  After careful deliberation, Rhap and I decided that this year's Academy Awards would be an appropriate topic for Rhap to tackle.  We sent Rhap off to Hollywood to walk the red carpet.  Here's what he came back with: