Killing this quest mob brought our very-own Demius onestep closer to completing the quest for his Cleric Epic Weapon.

The next stop on the agenda was Veeshan's Peak but as many of you know, the entrance to VP lies in Skyfire. . .well, a certain Dragon tends to hang out in Skyfire and we never are ones to leave perfectly good dragons lay around and go to waste. . .we quickly assembled the troops and gave a Legacy of Steel style beat-down to Talendor, resident dead lizard of Skyfire. 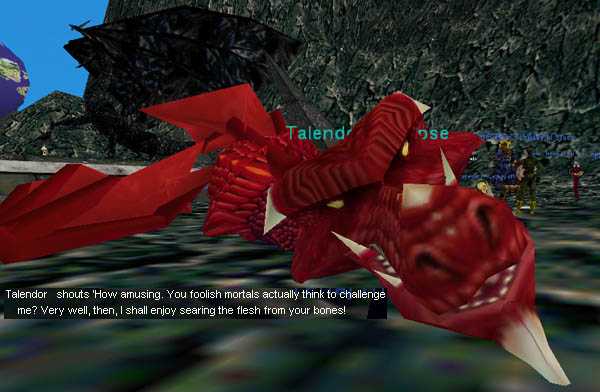 Loot was good.  The bracer went to resident kung-fu expert, Arlos, while the shield is the proud new property of Dinamas. 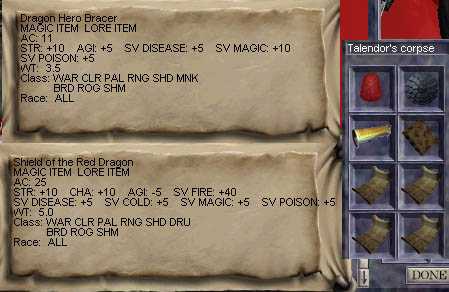 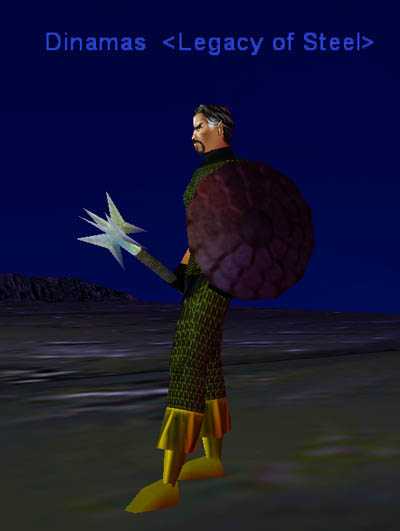 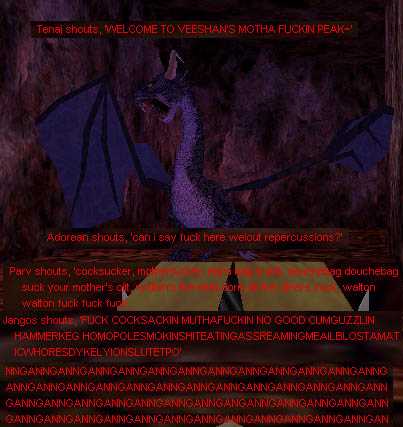 With nothing left to kill outside. . .we zoned in.  As you can see, our fascination with the GM-free environment kept us occupied in an overwhelming display of maturity for quite some time before we got down to the actual business of Dragon-Beat-Down. 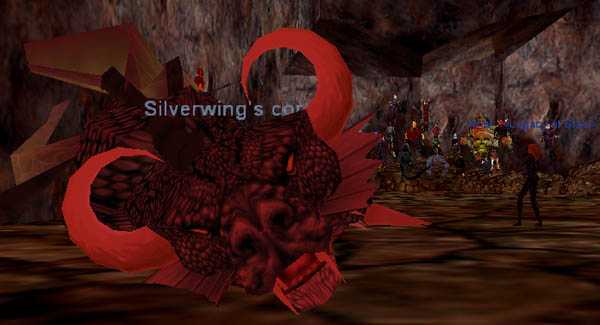 As you can see, Silverwing went down quicker than a. . .well. . .I'll keep this somewhat clean. . .he went down fast and hard, with only two deaths.  Loot was very impressive:

Shaman Hammer was awarded to Mudcrush:

(Primal Essence is a buff that stacks with almost every other buff, adding stats to all but AGI)

(check out the wis and mana on those) 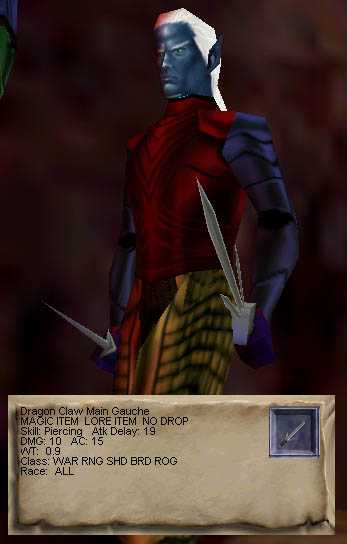 (compare the ratio to that of a Jade Mace then tak the AC:15 into consideration)

Some might consider up until this point a fairly full day.  But not us.  Arlos needed to take care of a Quest Mob up in the Plane of Sky.  So from Veeshan's Peak to Plane of Air we went.  While there, we assisted Arlos in the beat down of Gwan, some fool monk who had it coming to him.  Now Arlos is one step closer to completing his Epic quest. 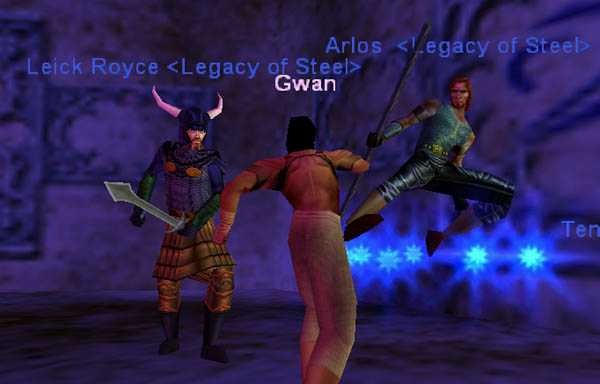 What better way to end the day. . .or night. . . or morning. . .or whatever the hell it is now. . .then by fixing all that faction we ruined.  Don't think faction is a big deal?  Kill one to three dragons a day for a few months then try to take a leisurely stroll through Dreadlands past Gorenaire.  A little Mistmoore whoopass goes a long way.  Just ask Jangos and Leick, my partners in crime. 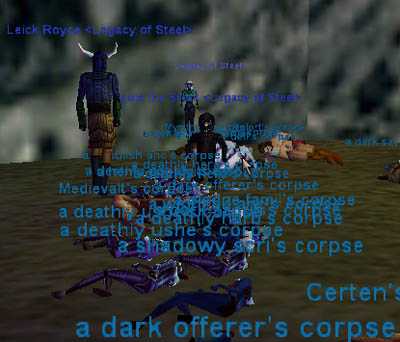 Your faction with Ring of Scale just got a whole HELL of a lot better. . .