With all the times we've killed the poison beast of Old Sebilis, he can still manage to whipe out even the seemingly most coordinated effort.  Translation: we got owned when the fugger gated.

Never ones to give up, we quickly recovered and set about blasting Trakanon with as much whoopass as we could muster, which I must say, was quite a bit.  A hardy thanks goes out to Ronald Johnson, who was responsible for getting the raid back on its feet in record time.  Take it from me, corpse recovery and ressurection of 30-some people in the dragon's lair is not an easy task. 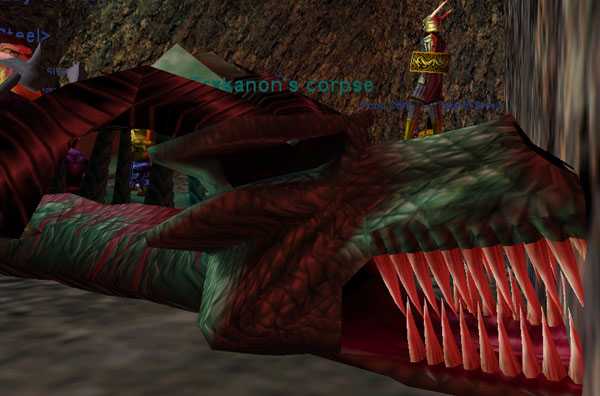 We were pleased with the loot.  Hammyr Bonestorm walked away with a Cloak of Piety, Blurr with a Cloak of Flames.  Amulek and Tork both recieved one of the mighty beast's teeth so that they can complete their quest to enter Veeshan's Peak.  Yes, even in Veeshan's Peak Tork's Mom is heavily camped.  The dragon also dropped a_blood_ember_breastplate_2432. . . thanks Verant.

Lamhfada had some fun with us after Trak was dead.  Nothing like getting terrorized by a scaled-down version of the Poison Beast. 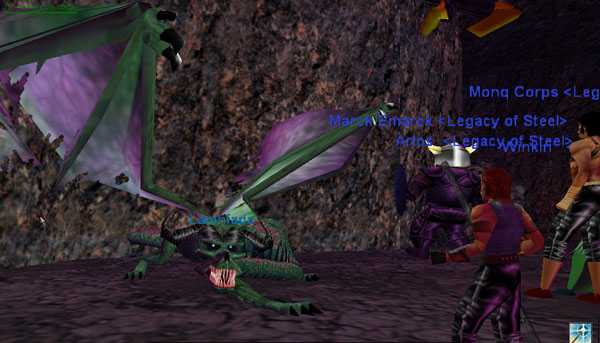 Lastly, I'd like to close today's LoS news update with this very special photo.  I tried for a while to sum up the vast array of emotions that overcome me when I see this picture but rather than spoil the moment, I'll let you, the visitor, bask in the Glory of the Dorf: 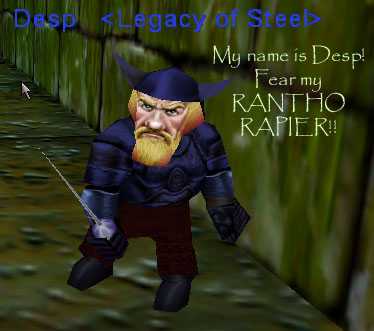