A major wrench was thrown in our plans with the movement of today's patch.  No big deal.  We tried to help Arlos complete his Epic Weapon Quest but unfortunately the quest is bugged and where two mobs are supposed to spawn, only one showed up for the beat-down.  Luckily, the GM's reimbursed Arlos with the items he lost by turning them in so we can try again tomorrow and hope for the luck of Verant to be on our side (cough, cough).  If nothing else, Arlos and the rest of us our confident that the quest bugs will be squashed in the patch that was conveniently delayed today.

In other "guild news" it was an exciting day as Alam McHealer joined the ranks today.  We were in dire need of a level 28 cleric and Alam McHealer was the prime candidate.  After accepting our pleas for him to wear the 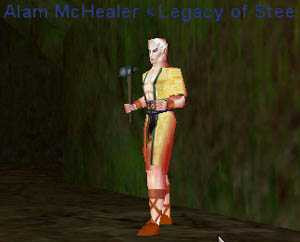 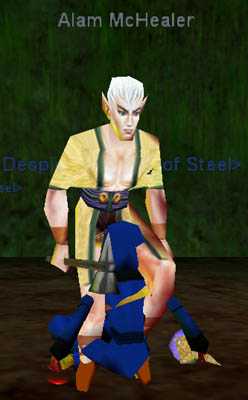 (Ariel is changing the site passwords as you read this. . . .sigh)

Let it be noted:  The value of a Level 28 Cleric at the Myconid Spore King camp cannot be put into words.

Since there is basically no news worth reporting, and I am taking advantage of my meager position here. . .I'll leave you with one final thought: 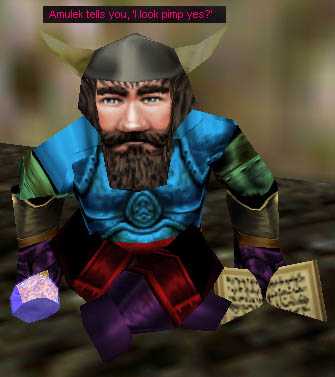 After all, it is Halloween.