Chardok: The Sarnak Fortress nestled in the Northeast corner of Burning Woods was the setting of yesterday's adventure.  Challeging mobs. . .beautiful architecture and design. . .moody ambiance. . .loot on a par with Befallen.  Actually, Befallen probably has some nicer drops.  Our main objective was a raid on the Royal Palace burried deep within the dungeon.  First stop was the Prince's chamber.  We made sure to give Prince some Purple Pain and then let Gandalfina loot his head to use toward her Staff Quest. 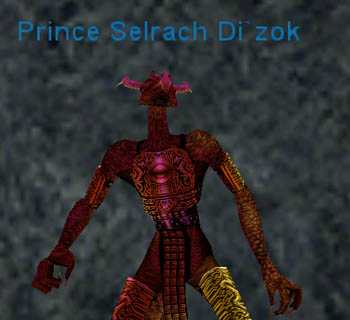 Down past the library into the King's chamber.  The King likes to hang out with 7 or 8 buddies at a time.  Luckily, our motto is the more the merrier.  The more sarnaks there are, the more fierce smack-down we get to lay.  The King was so much fun to kill, we stuck around and did it again later on.  Both Amulek and Demius were able to loot the note that he drops to continue their questing.  So here is my Halfling's-eye-view of the King getting pulverized.

The King is Dead But He's Not Forgotten. . .Well, Yes He Is 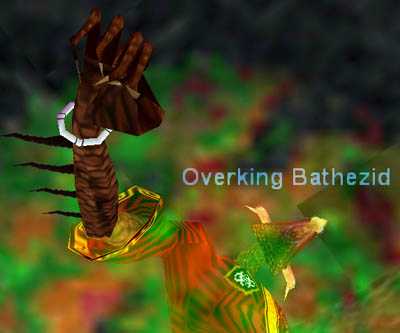 Lastly, the Queen.  The Queen ranks up there as one of the tougher mobs.  Her Area of Effect spell can shred through raiding parties very quickly.  Add to that her 7 guards and you have yourself a good fight.  Our main hope was that the Queen would drop the blade required for the Warrior Epic Quest.  Instead she dropped a bunch of junk not worthy to sell in the East Commons tunnel.  At least the fighting was fun.  That in itself was a nice reward.

God Save the Queen. . .well, actually, Let the Bitch Rot 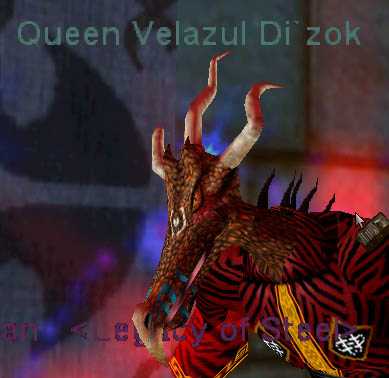