Patch Day!!!  Being a regular Walter Friggin Kronkite I was able to use my sleuth journalistic skills to get my hands on an early version of the patch message:

*The lure line of spells was found to be too effective and has been removed.  To compensate we have given Wizards and upgrade to O'Kiell's Radiation called O'Malley's Radiation.  This new damage shield now does 3 instead of 2 points of damage.

*The cast time on complete heal was upped to 20 seconds to insure that no rogue or monk ever lives.

*Druids now have the ability to revive, feign death, backstab, and mesmerize mobs.  This was done in an effort to further Verant's Vision that we could create a class that can do everything yet still complain.

*Due to complaints that Venril Sathir loot drops were not comparable with the difficulty of the mob, we have decided to push VS's spawn time to one month.  This should reduce the frequency of *bad* drops signifigantly.

*We have been hearing complaints of our customers that drop rates were uneven and unbalanced between various dungeons such as Old Sebilis and Chardok, for example.  Always in tune with our customers wants, we moved the Sarnak Battle Shield, Golem Tear Ring, and Incardine armor to the Old Sebilis crypt.

*Rangers were removed from the game -- we give up.

Yesterday started in typical fashion -- another day, another dragon slaying. . .This time it was Zordak Ragefire, whose death resulted in Amulek being able to complete his Epic Weapon Quest.  Amulek now has two wet noodles hanging from his waist instead of just one.  Zordak also dropped some nifty gloves which went to Uggly Fleshbeater and a breastplate which Signel now wears.  Dear god, I just used the word *nifty* someone please shoot me. 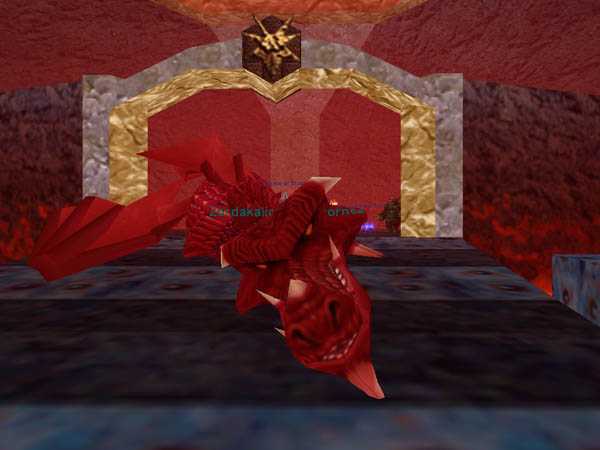 After Zordak, I happened to be wandering through Dreadlands so I popped my head into Karnor's Castle to see if my ol' buddy Venril was around.  To my surprise and delight, Venril was. . .UP!  I often wonder what it's like to have a lifespan of approximately 45 minutes.  Well, I don't wonder too hard. 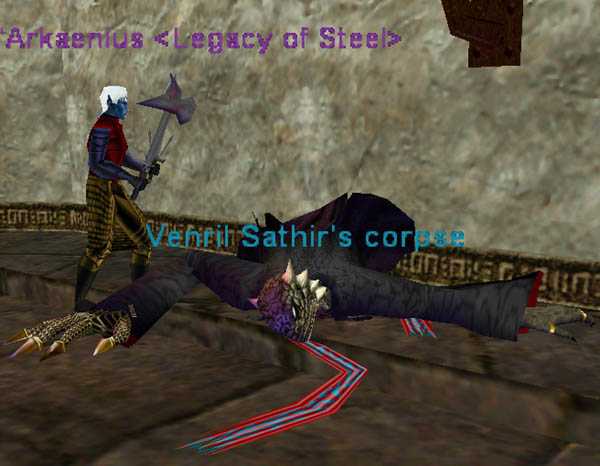 Here's the Venril Sathir Loot which has not yet been awarded.  By tomorrow you should know who the lucky Pally is.

Then we cleared Islands 1-4 in Plane of Air completing two quests.  At that point Ariel was contacted by a Captain Richard Izinia of the United States Marine Corps.  It seems the USMC is seeking tips on efficiency from Legacy of Steel.