Is it so bad that I have a life?  Maybe I was in a lousy mood because Hoshkar ripped through us like a sharp knife through a wet paper bag.  We're pretty psyched though, we've been testing some things and we think he'll be ours soon enough.  But who's to say?

So let's see. . .how did we spend our weekend?  Friday was spent in Veeshan's Peak, mostly exploring and planning ahead for this week's trip.  The zone can be amazingly fun or amazingly tedious.  The more knowledge we gain, the more fun we tend to have.

Did I mention Ninja Strike (tm)?  For some reason Venril was up. . . .we thought he was being killed but I went and checked on him and there he was, floating around like the big dumb leeezard he is. 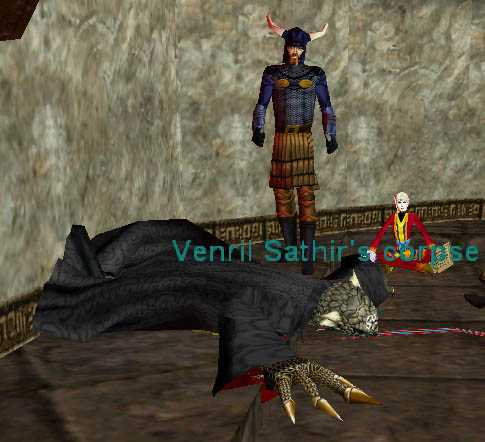 But there was some great news this weekend.  First off Daelomin, completed his Epic Quest for the Enchanter Snake staff. . .of course it has a name but it's fuggin late here and I don't have it.  All you need to know is that sexy pasty high elf, Daelomin, is now sporting two long snakes. . . 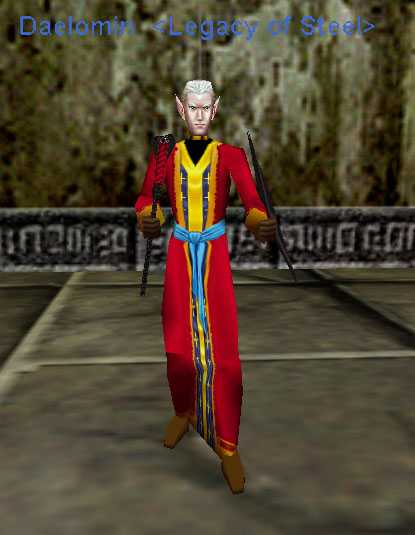 Ronald Johnson, inky extraordinaire, also completed his epic quest.  He now runs around with a Duck on a Broomstick -- a necromancer's wet dream: 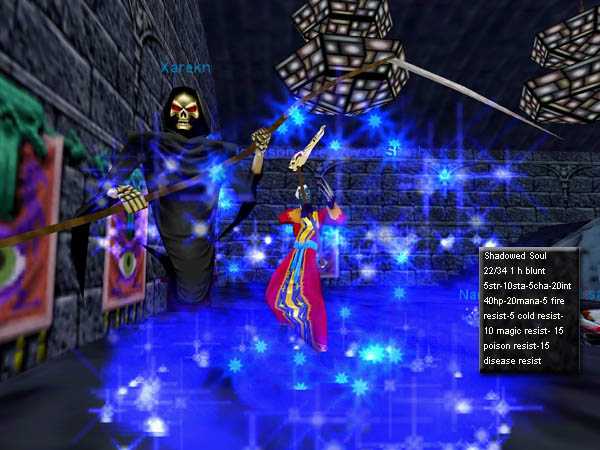 Many congratulations to both Daelomin and Ronald.  We all know how hard you worked your asses off for those weaps and it's a great feeling for all of us to see you with them now.

Now on to my MAJOR SCOOP.  That's right. . . I have a sneak preview for you all.  Not many know this but I was given advanced access to the new Everquest expansion, Ices of Velious.  Here for you now. . . risking admonishment fromVerant for releasing this picture without permission. . . I bring to you an EXLCUSIVE screenshot from Velious:

Ok this update is just getting silly.  I'd like to leave you all with one screenshot that brings me great happiness.  This next screenshot is for everyone who sent me tells bugging me to update the site this weekend as I was trying to enjoy the limited time I had to play Everquest: 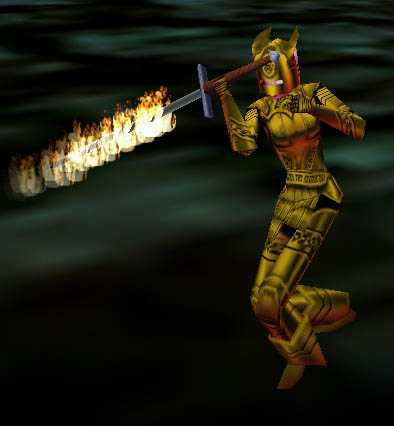