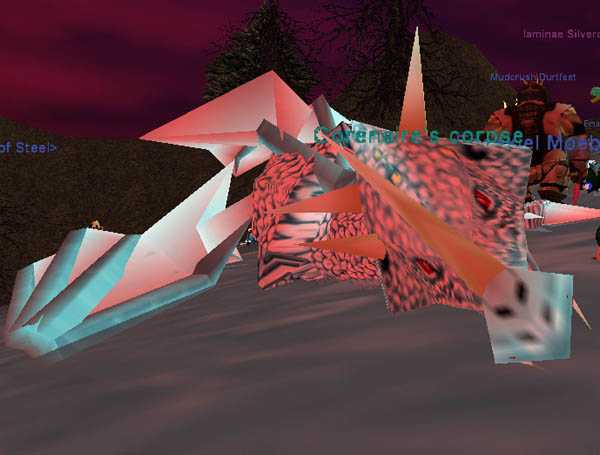 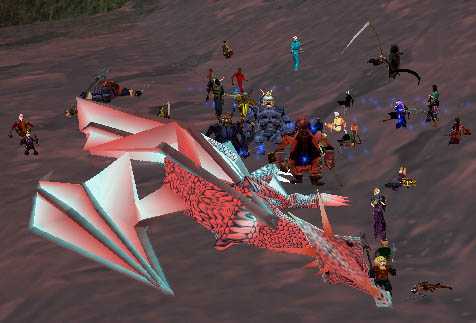 Correct me if I'm wrong (and I'm sure if I'm wrong, I'll be corrected) but I believe the only other guilds to kill Gorenaire so far are Afterlife and Da'Kor.  Although, I'm sure Fubar Planefuckerupper and his homies could drop Gore any ol' time. . .I dunno. . maybe they have.  In any event, it was a proud Nameless first for us tonight.  Gorenaire is like Lady Vox on Steroids meets Hoshkar's baby cousin.  Not only is there the difficulty of overcoming the dragon's many battle abilities, you also have to deal with the mass heckling in Dreadlands (btw Rust, Gorenaire sure did "stomp our heads" tonight, huh?) and overwhelming LAG.  Now Verant. . .and I know someone from Verant will come across this. . .I don't know what you guys were smoking when you decided to stick a big ass dragon in one of the laggiest zones in the game, but whatever it was, please send me some of it to Tigole Bitties -- you have my home address on my registration.  I'm guessing you guys were smoking some real good shit at the time. 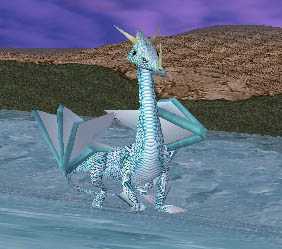 . . .the Ho is dead.  Loot consisted of a Runed Bloster Belt (Congrats Monq Corps!), a Dragon Bone Bracer, Words of Healing, and a White Dragon Scale.  The White Dragon Scale was awarded to Jangos which, combined with the Trak Guts she got tonight (see further down), enabled her to finish her Epic Weapon quest. Booya Jangos! 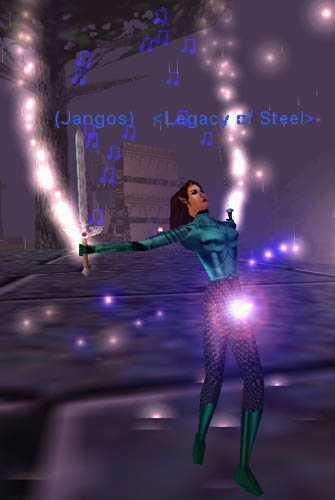 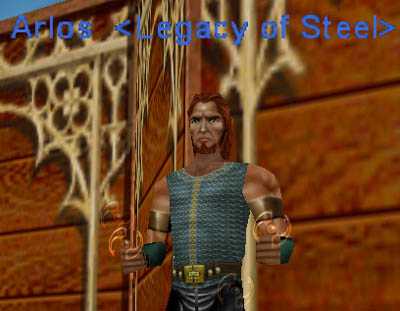 And to complete the Epic Quest Hat Trick, congrats to Hammyr on his Fiery Defender! 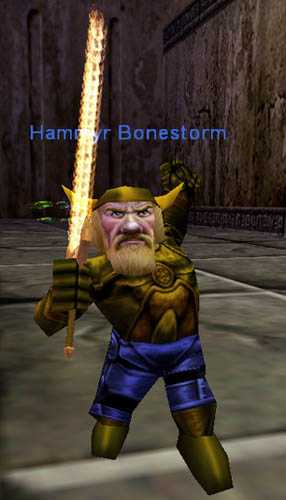 Oh yes. . .let's not forget about Trakanon.  Trakanon suddenly seems a whole lot easier after last week in VP or compared to Gorenaire.  Many congrats to the LoS bank account on the Singing Steel Breastplate and the Deepwater Breastplate.  Also, a very rare instance. . .yours truly actually lived for once.  Our clerics' kick-ass healing even astonished Velchior, our buddy from the guide staff.  (Algar posts hitting the NT already, Favortism!). 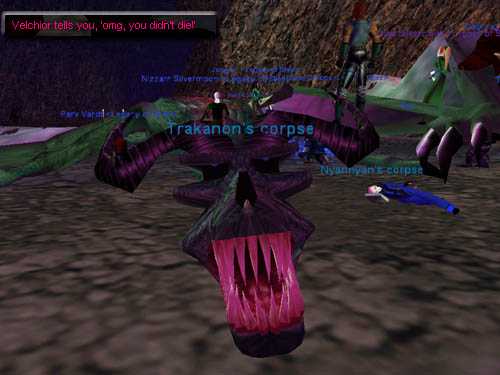 Two dragons and three epic weapons is quite a night.  But wait.  Stop the presses.  Like I said. . .it was an Uber-l33t night.  check out this puppy -- I do believe the first ever (others you may have seen were fakes or from Test):

I can sleep sound tonight, knowing that my place in the Halls of Everquest Fame and Glory is forever secure.