Felt like a slow day today.  But looking back we killed Venril, Trakanon, got to Island 4 of Plane of Air and have two groups in Fear as I write this killing Cazic Thule (crossing my fingers for ya, Naj).  Trakanon turned into a minor torture-fest today thanks to two incredibly shitty pulls by me.  First one was just plain impatient rogue with a bow. . .second fuggup was stupidity.  Anyway, I love my guildmates because in spite of the fact I probably cost them an extra two hours, they didn't say a word about what a spaz their thief is.  Although, they did leave me dead and waited till after Trak was slain to res me.

Here's some commentary by Chon: 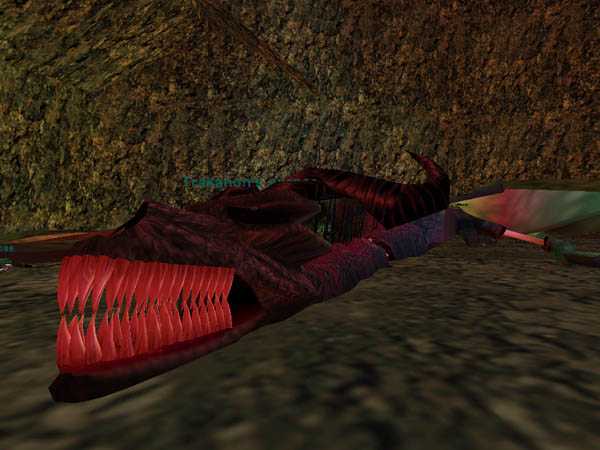 Loot was most excellent.  At least half of it was.  Leick was awarded a Cobalt Breastplate.  Trak also dropped a_blood_ember_breastplate_253.  And some teeth. . .Damn, that dragon has more teeth then my ex-girfriend when she wasn't careful.

Here's a picture of Leick looking badass in his new BP (well, as badass as anyone in a tin skirt can look) 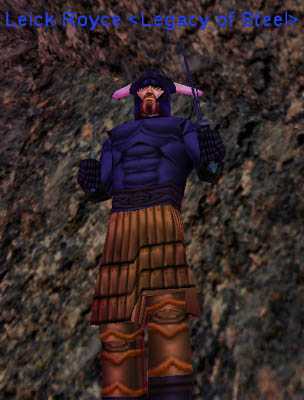 Like I said, we did kill Venril too.  I wasn't there for that.  I was too busy falling in love with the counter-girl at Macy's but that's a story for another day.  Here's a picture of Venril dead: 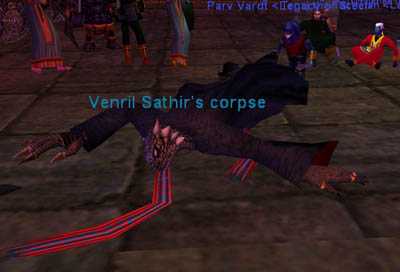 Actually, this picture is from last week, but you seen one dead ruler of the ancient lizard world, you seen 'em all.

Tyania, guide of The Nameless, did me the honor of making this awesome pic.  She promised me the next one will have her in it too. jejeje! 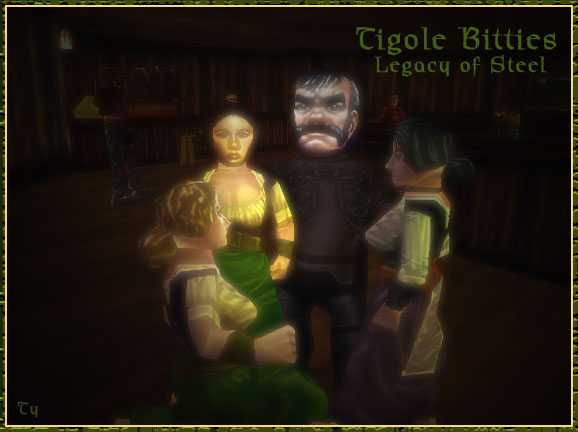 "My number one occupation, stealing women from their men. . ."

Thanks a ton Tyania. You rock.

Lastly, I'd like to finish today's update with the following picture I like to call, The Ownage of Hammyr: 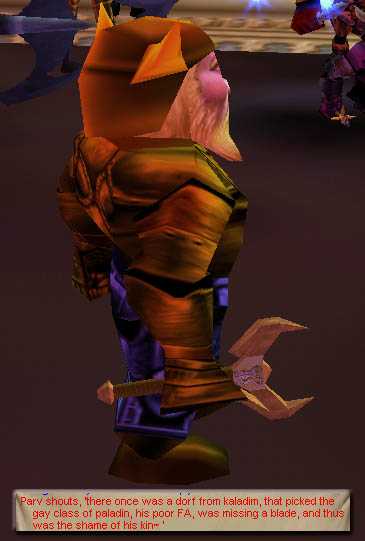