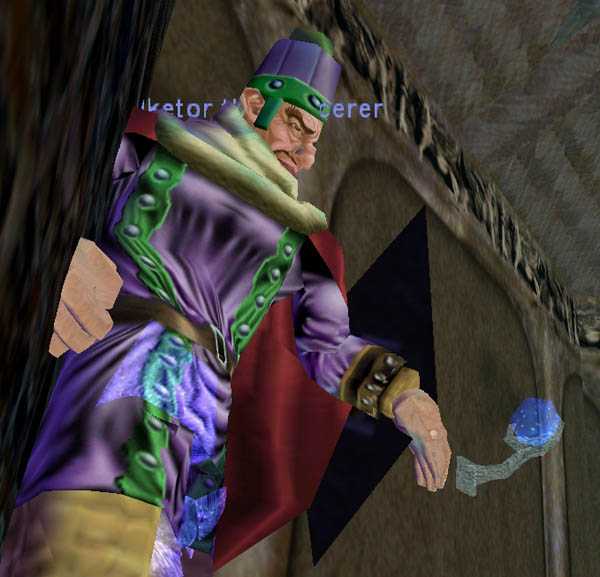 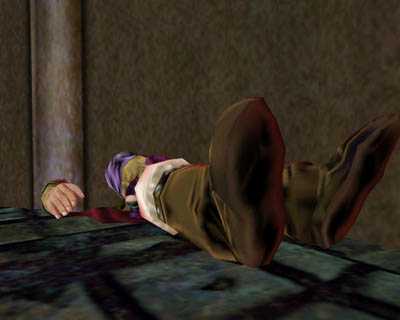 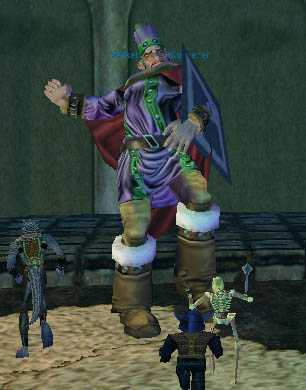 Velketor's Lab: We gathered forces there yesterday to take our first attempt at the Freeti Monk and Velketor the Sorcerer.  If Velketor's Lab wasn't the single laggiest zone in the game I'd give it credit for being pretty cool.  We were a bit nervous about our prospects against Velketor, we knew that he had a ton of hit points and it would be a long battle.  We'd kept hearing this silly rumors that Velious boss mobs can only be killed with an army of clerics with Donal's Breastplates.  Well, unfortunately Trak has stiffed us on the Donals. . . we have Pally, SK, and Druid Breastplates just rotting in the bank, but only one Donals.  Never being a guild of nay-sayers, we charged Velketor anyway.  WTF did you think we were going to do, sit around doing quests until some Donals dropped?  Loot from Velketor was fairly amazing, at least Jeddy's new boots are:

The Lord Djdespieisaslutwhosekneesarescabbedfromsugginsomuchcack was also a fun fight, although nowhere near as epic as the Velketor battle. 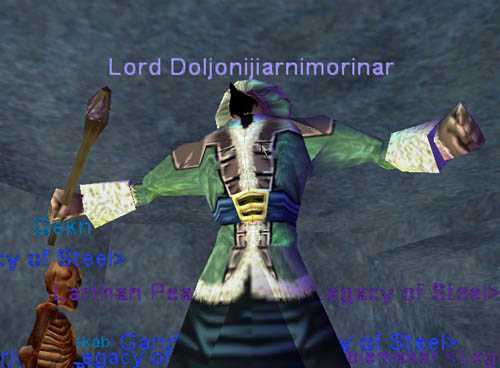 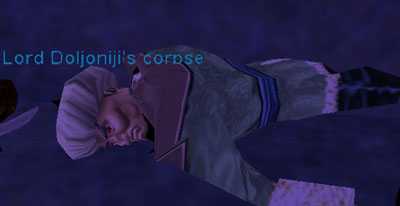 He had some nice stuff too:

Yesterday, two of our members finished their epic quests as well.  Meggan now has her sprinkler-hanger-downer.  And Gandalfina has her wicked snake staff. We're proud of you both. 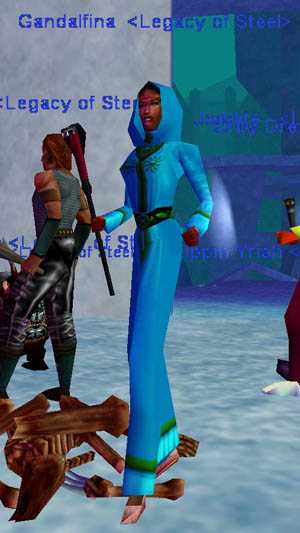 Had a lot of fun dinking around in Necropolis last night with what limited *free* time we actually managed to scrounge up.  Finally found one of those two handed piercers I'd read about.  Now if only rogues could wield a 30 damage weapon. . . 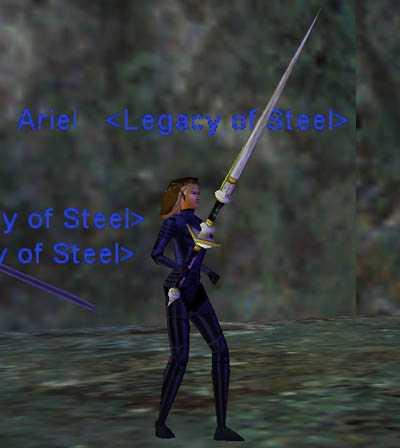 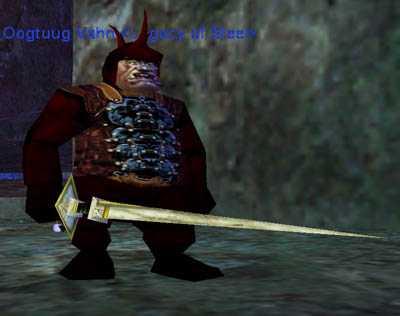