A quick, mid-day update for all my peeps.  Leaving for Las Vegas in a few minutes but figured I'd post some pics of what we've been up to the past couple of days.  Unfortuantely, I'm missing some really cool stuff tonight that the guild will be doing.  Hopefully, my homies will have discovered the minus sign key then so I can post some screenshots of what they're up to.

Anyway, we whacked some Giants in Kael last night, mostly for faction.  We really wanted to take the Vindicator down but, with all big mobs, it was a learning process.  We now know exactly where NOT to fight the Vindicator.  We pulled him to a spot that was so laggy our casters couldn't get a spell off.  We also learned that some buddies will come help the Ol' Vindicator out if we try him in that spot.  I didn't stick around for the second attempt. . .not even sure if we took another try last night.  I got invited to some party in Hollywood that was supposed to be fanstastic, according to my friend.  He told me there would be tons of women there.  Well, there were.  If only he had warned me that they were ALL lesbians I wouldn't have gone and gotten my hopes up.  You gotta love any chick who, when toasting, raises her glass and declares, "Here's to all the kisses I've snatched. . . and Vice-Versa!"  Think about that one for a second.  Shit, I'm doing it again.  Ok back to the topic.  Giant Lesbians.  Wait, the topic was giants.  Ok here's some Giants: 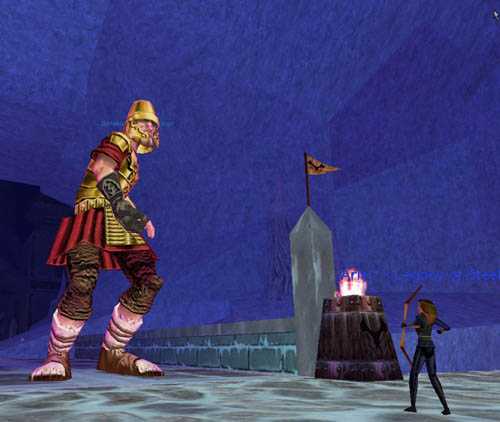 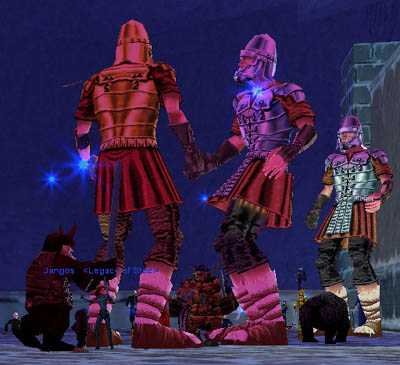 Some Giant Loot. . .some good, some bad, some ugly:

We got a lot of other stuff from the giants as well.  Some more Giant Scalemail Leggings.  Gladiator Legs.  Picked up one of those Warrior, AC 15 necks. . .I wasn't a very good roaving reporter last night.

The day before we poked around for a while in Necropolis.  At times that dungeon rocks.  Other times it feels like The HOLE meets Kedge Keep.  Anyone who knows me, knows how I feel about the HOLE and Kedge Keep. . .I look forward to spending more time in Necropolis.  Gotta love assassinating Ratmen. 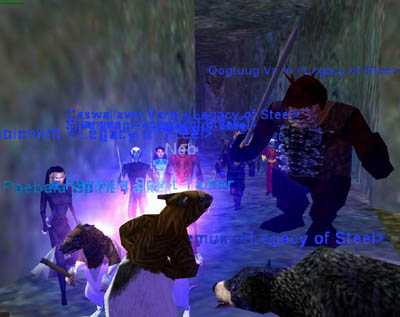 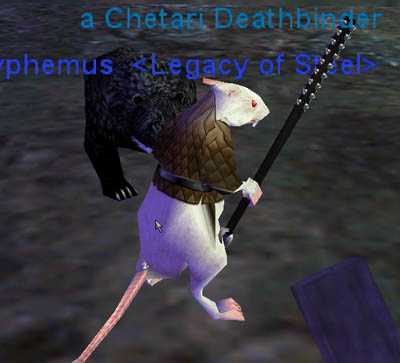 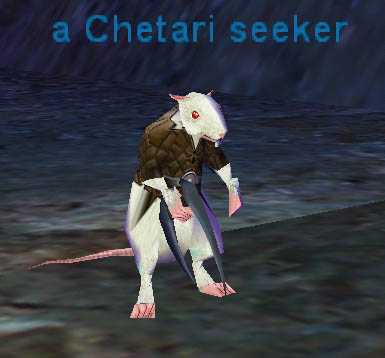 Don't get your panties in a wad -- it's not a willsapper.

This was Oog's advice to Ferrix who had zoned into Kael for the first time:

Like I said, it's off to Las Vegas now.  Nothing like driving a truck from L.A. to Vegas at rush hour.  At least I'm not hungover.  Oh wait. I am.