So on to the most current of events.  Let's see.  Thanks to a whopping cold I managed to miss my New Years Party.  Yesterday, I woke up in the morning, felt like I was dying, and just laid there till one in the afternoon.  Eventually, the dog got me out of bed and dragged me downstairs for a walk.  Then I remembered the nightmare that is Pasadena on New Years Eve.  First guy I run into is taking a piss right on my street.  Doesn't he know that pissing on my street in a drunken stupor is a right reserved for me and my friends only?  Anyway, I started to feel pretty bummed out becauae it was glaringly apparent that there was no way in hell I was going to make it to some New Years party as sick as I was.  I constantly hear people criticize Everquest.  My friend calls it, "That Dopey Game".  But the truth is thanks to EQ last night I actually got to "hang" with some people on New Years rather than just lying in bed, or staring at the garbage some fools watch on television.  We threw together a last minute Plane of Growth raid.  I think we had about 15 people.  It was a blast. 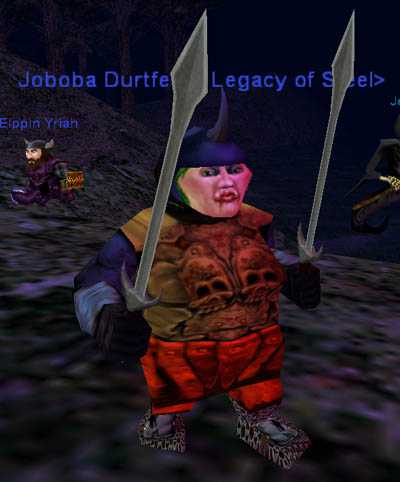 Just when you thought Joboba couldn't look any worse. . .

Joboba got new arms and boots.  Iaminae picked up some new sleeves she desperately needed.  Parv got a new helm (grats SSB).  And Sumak got some Silver Moon slippers.  The menory of Saldor lives on. . .

The day before was pretty fun too.  We had planned to kill the Dain.  All I can say is we rid Icewell Keep of that Dorf bastard.  But. . . .alas. . .we didn't kill he.  Somehow, somewhere the Dain poofed.  No, he did not go behind his curtain.  No, he did not get stuck in a stairwell.  The Dain Poofed.  As in, No Dain for us.  Quite frankly, it may have been in our best interest that the Dain poofed because we only had about 20 people there.  But we're anxious to fight him anyway. . .every battle, win or loss, is a learning experience.  We did kill Sensechal, not that it matters.  He dropped some shield.  Grats EC Tunnel~

Earlier that same day we killed Fool Turtle in Iceclad.  Congrats to Elppin and Galiaan on their new cloaks. Signel got the phat Turtle belt.  And one of our twinks now wields this toy:

Well, I am going back to being sick and miserable now.  Sorry I don't have much Uber l33t lewtz to post.  Thank god this Holiday business is officially over when the bell strikes midnight tonight.  With our people back from vacation, expect to see the whoop-ass you're accustomed to on this page.

Pictures Worth a Thousands Words: 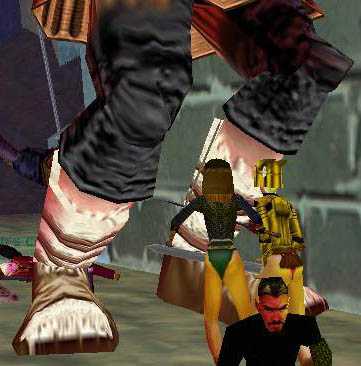 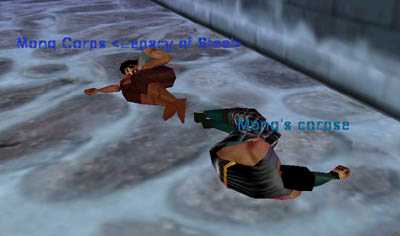 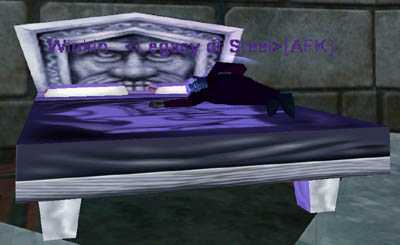 Stalkers, Wanna-Be's, and Unoriginal Bastards of the Day: