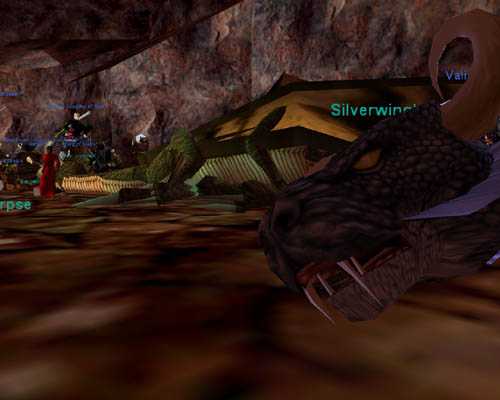 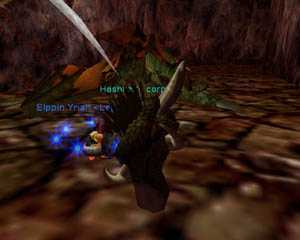 So nice when the only corpse on the ground is Hoshkar's. . . 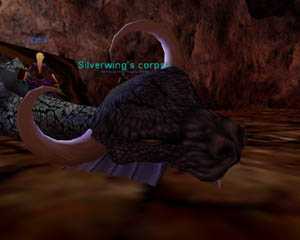 Veeeeeeeeeeeeee Peeeeeeeeeee that's where we want to be.  So nice to get to go back to this zone.  Had a really fun night keeeling dragons.  Hoshkar is now the second dragon we've killed without losing a single person (first being Gorenaire last month).  Hoshkar went down easier than Tork's mom on a Friday night.

People are always trying to define the term UBER in relation to the game Everquest.  Often, the term is thrown around loosely.  A Jumpalot Robe ain't uber folks.  Well, let me give you the definition of uber.  Uber is when the Druids in your guild are wearing Grey Suede Boots.

Grats to Nizz on Boots and Keke on the OWNAGE Sword of Shissar.

Congrats to Tolon on the Staff, Blurr on the Katana, Keke on the two-hander and Polonious on the lute.

Oh ya, we also killed this fool because he was in our way:

And because I talk so much smack. . .I humble myself with this little gem: