Three Dragons, One God, Two Epics and a Pearl Necklace 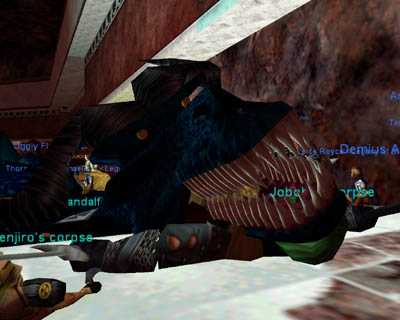 Mad props go out to Ronald for the world's longest solo Dragon pull, past approximately 12 wurms, 6 racnars and one frantically running Halfling lockpicker. 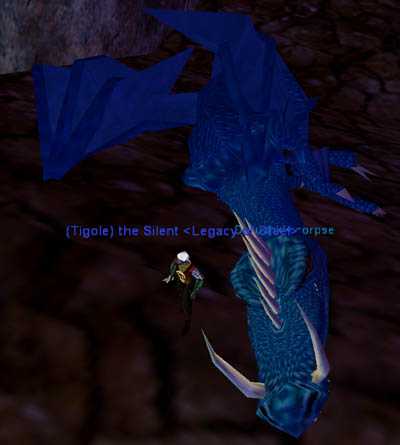 This freak-lookin dragon went down hard too.  Here is some phat loot to check out: 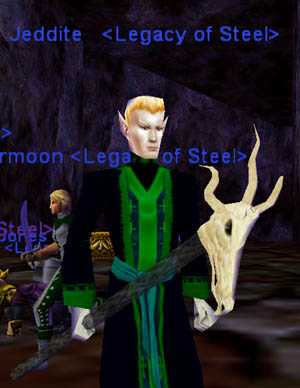 Jeddite's cow on a stick (we were all so relieved. . .poor Jeddy never gets loot)

By the time Druushk and Nexona were dead our numbers were too low to try Phara Dar.  I think some people had early appointments to get their nails done or something.  Luckily, there were enough of us around to do some more keeeling out of VP.  We zoned out into East Freeport (beats coming out in a body bag) and rushed over to Sol B where a certain Zordak Cacksugger awaited death. 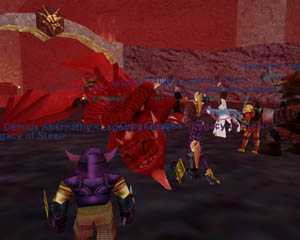 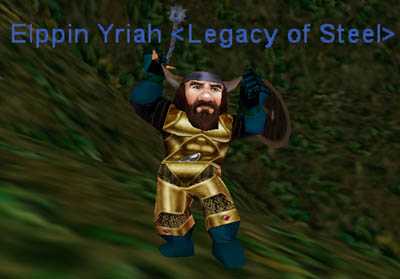 Last night was truly special.  After two dragons in VP, the quest dragon in Sol B, we rushed to Fear.  Cazic had popped and we knew a patch was pending for today.  Tenaj had brought the guild to Fear to kill some crazy number of CT's. . .22 or something.  Well, leading one of the quickest Fear clearings ever, Tenaj finally got his long-overdue reward: 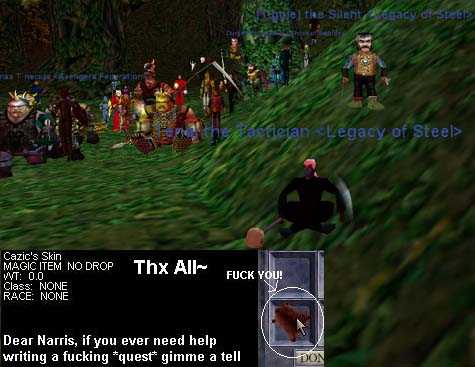 Many congrats Tenaj, you put in a crazy amount of time and work to get that skin.  Also, special thanks to the nice folks in Fear who let us come last night and help out so that we could get CT good and dead before the servers came down.