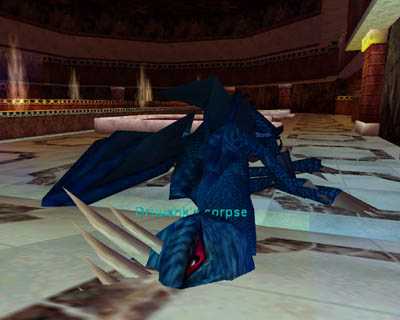 Blurr was awarded the Maelstrom, Genjiro the Skullcrusher and Winkin the Deathspeaker staff.  Grats all~

Quote of the Late Afternoon:

And now back to our Originally planned Daily Update. . . . .

The Pillaging of Veeshan's Peak 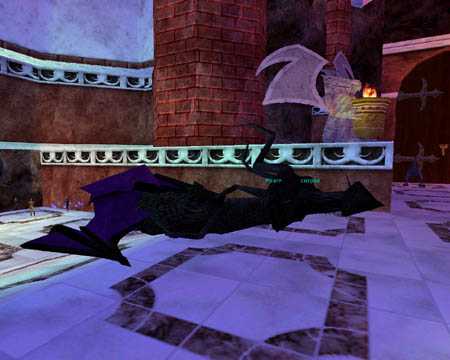 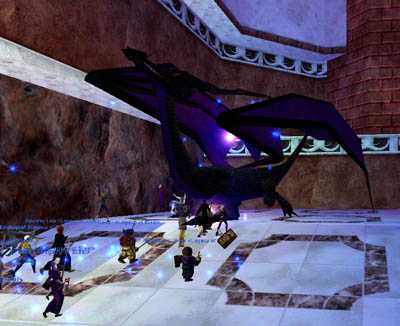 Next time you go to Veeshan's Peak, you might notice the dragons are walking stiffer than a Bard in West Hollywood on a Sunday morning.  All I can say is we unloaded on those fool leezurds and had a blast doing it.  This web update is bound to be full of mistakes. . .wrong loot from wrong dragons etc. . .sorry if I mess anything up.  While some people might be concerned with all the fine details, personally, I was just worried about making sure more dragons made their way to us so we could beat them with the Ol' Hickory Stick.  Let's start with Phara Dar's loot. . .casters rejoice!!!

Yes, Caster Loot (tm) does exist!  You just have to be a bad ass mo faka to get some.  Luckily, being a bad ass mo faka is membership requirement numero uno for joining LoS so we have no problems there.  Just ask Daelomin with his new Crown of Rile, Iaminae wearing her new Shroud of Veeshan or Orby Dreams carrying her new Shield of Elders. . .congrats to all of them.  Very well deserved.

Hoshkar: We thought he was our daddy till the DNA test results came back 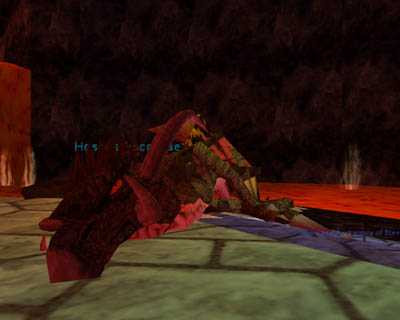 I must admit I am glad VI put Hoshkar as the "second dragon" you must deal with in VP.  Hoshkar is like that rash that won't go away.  This dragon will also seperate the men from the boys.  We had a very kick-ass strategy for Hosh, but part of it was based on luck.  And we don't like to bank on luck.  Just look at how many Donal's BP's we own if you wanna see what kind of luck we have.  So, we spent some time this VP trip figuring out a new way to own this mo faka with less strife.  I look forward to going back soon and owning him time and time again.  Here's some loots:

Did I mention Caster Loot (tm) is alive and kicking in VP? 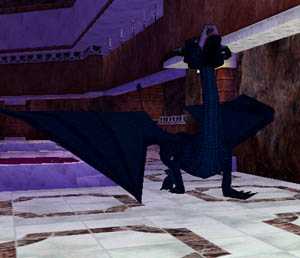 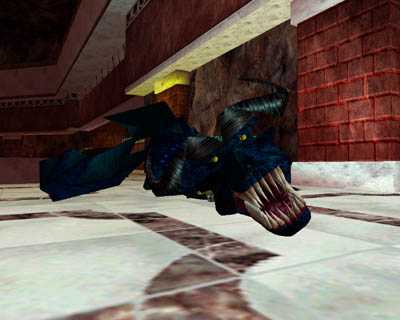 Heh. . .there was a time when I thought this dragon was hard. . .I was probably drunk or geezed up on pills.  Here's the loot from Nex:

jeje I cannot remember who got the Gem. . .shit.  Oh well, congrats whoever and forgive my sloppy-beeotchness.  The Howling Cutlass is now the property of Joboba and the Blackstone Maul went to Darvulia. 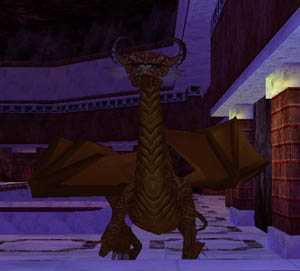 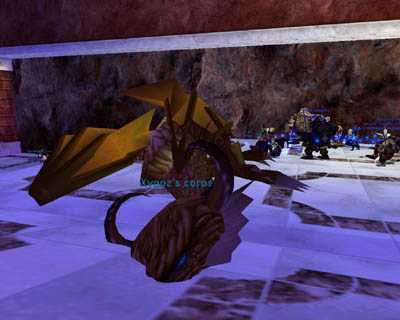 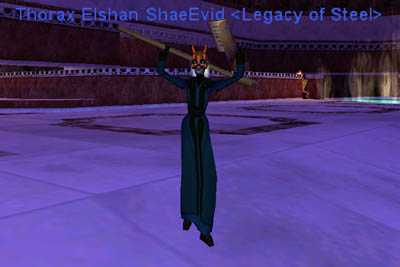 Thorax: Queen of HLS modelling the latest in VP Fashion

Congrats to Uggly on the Two-Hander and Parv on the Spear.

Silverwing: Because eventually everyone can have a VP key and they'll need something to kill 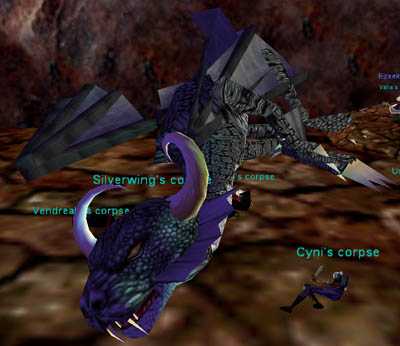 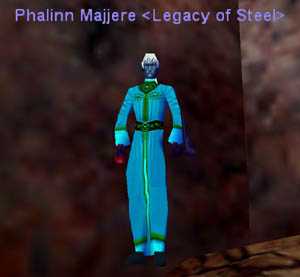 The robe went to Phalinn and the Dragon Claw Main Gauche to the Goddess we all know as Umberlee.  SW also dropped a lute for Tork but for some reason I thought I had a pic of it. . .but I couldn't find it.  I mean. . .it's a fucking lute. . .well, congrats anyway! 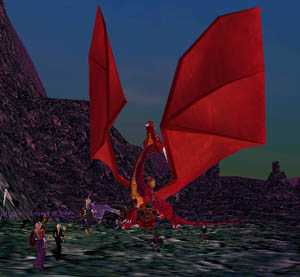 sigh, now everyone will know how to do the things we do. . .

By the way. . .I had to find some info so I cruised to some other guild websites. . .don't make me start posting URL's under this heading Foolman-Wanna-be-Webmasters.  I saw your sites before and I see them now. . .think of that Robert Frost poem, then get the fuck off my path and go back to your highway.