Ya know, it's really hard for me to update this page, having to delete the ownage in Veeshan's Peak and replace it with some boring old dead Trakanon picture.  But such is life.  Unfortunately we still have our reasons for having to keel Trak and fool lizard VS.  I dunno, I still actually have fun sometimes even though the thrill of challenge is gone from those mobs.  Maybe I just get nostalgic when I think back to all the hours spent in OS trying to learn to conquer the beast way back when.  Well, Trak is a poosae.  I can say that with confidence.  We had one casulaty today.  Nizzarr.  Even that death doesn't count in my book. . .he got ported to the shrooms. 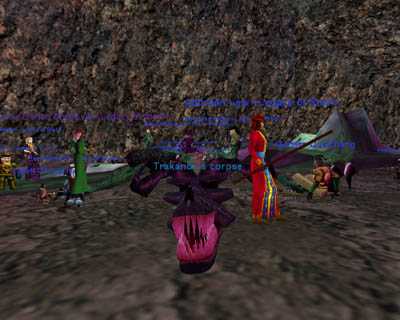 We decided to punish Nizzarr for his death.  Think of the worst possible punishment for anyone. . . 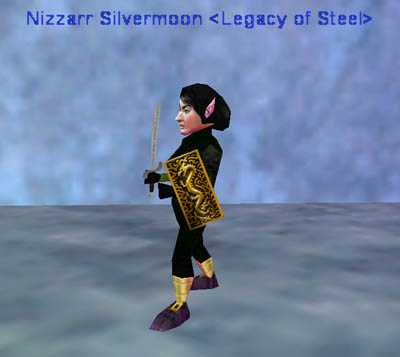 Turn them into a gnome, of course!

Loot from Trak was a mantle for Genjiro and a Rogue breastplate for the bank.  Venril loot was SK and Pally legs. . .congrats Tig encumberance!  We also have spent the past two nights getting ownage caster shields for some of our Robed mo fakas, including Tenaj and Ronald.  I'd post stats but then you'd have to go get some Windex to whipe down your monitor.

And finally, we welcomed a new member to our family today.  We're proud to count Amenta as one of us. 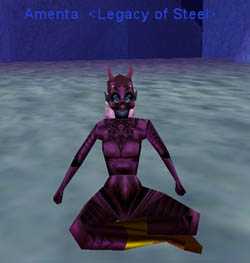 The usual gang of loveable morons goes from bad to worse today. . .