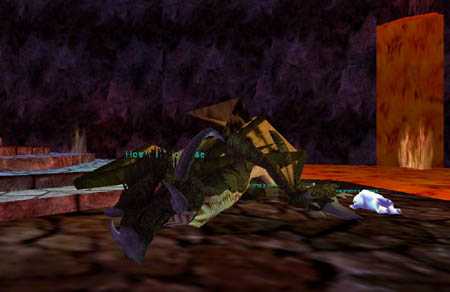 Mr. Hoshkar dies again.  Was one of the smoothest Hoshkar kills ever.  Loot was very nice too.  Gray suede boots for Polonious, Wizzy Lure Cane for Ozus and a Mage Robe for Sokritize. . .I think it has Effect: summon booze or something like that.

Silverwing loot. . .well. . .this picture sums it up pretty well:

That's me destroying all the loot.  Shaman Hammer and two Druid Staffs.  As Kurt Vonnegut would say, So it goes. . .

If you don't know who Kurt Vonnegut is, turn off the fucking computer and open a book.

We also tried Phara Dar but we had a less-than-stellar turn-out and basically knew we were going into the fight like lambs to the slaughter.  I could go into detail why we didn't try the "poosae" dragons but it's a long story and won't make sense to anyone who hasn't been there before.  In any event, we did have a fun PD fight with our small little force. . .

Oh, we did also kill Talendor. . a.k.a. the Doormat of Veeshan's Peak.  Someone in the guild told me to stop posting pictures of Talendor, that it's embarrassing.  Last I checked no one else on the server has killed him, so until then, suffer the wrath of my boring, embarrassing Talendor pcitures: 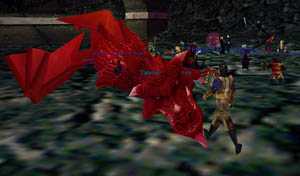