Thank you all for making the Norrath such a splendid place.  Thanks for sharing all the glories and all the laughs.  There were plenty of both to be had, and for that I am eternally grateful.  I was fortunate enough to go from the rogue who delivered milk in Oasis to make money for a Dragoon Dirk, to the Assassin who saw virtually every zone in the game, fought the majority of mobs who roamed the land and was able to stand over quite a few notable corpses.  Well, I never did get to see the Plane of Mischief, but that's where fallen halfling rogues go, right?  I will just have to be happy being laid to rest with the Sleeper.  More than anything, I leave with the pride of knowing that I wore the guildtag 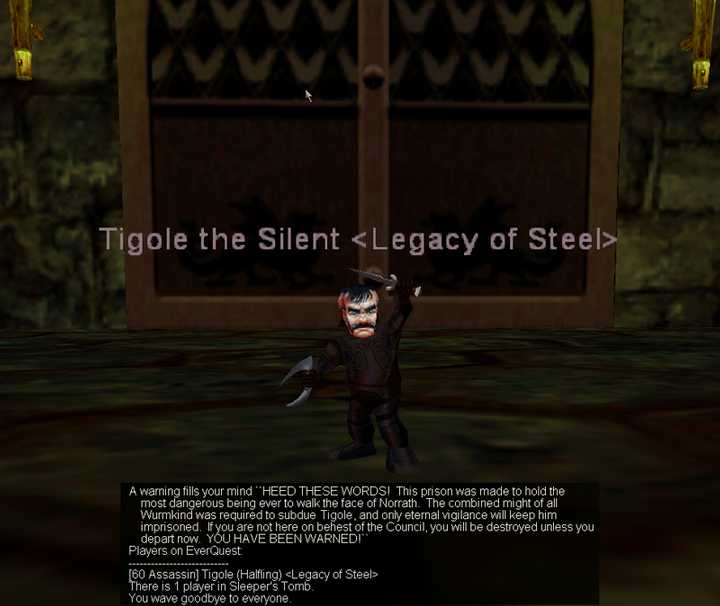