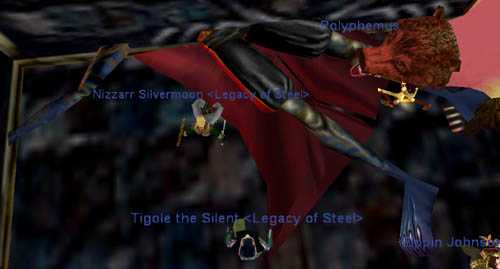 Sunday Bloody Sunday.  And what a day it was.  In spite of losing many friends, Legacy of Steel has not lost any of our fire.  In fact, this guild seems to rally when the odds are against us.  Up to Hate we went. I'm sure you have all read about how Inny was buffed so I wont bother going into details.  Let's just say, I don't think we'll be seeing pick-up raids dropping the Ol' God O' Hate any time soon.  Here's a pic of some whoopass: 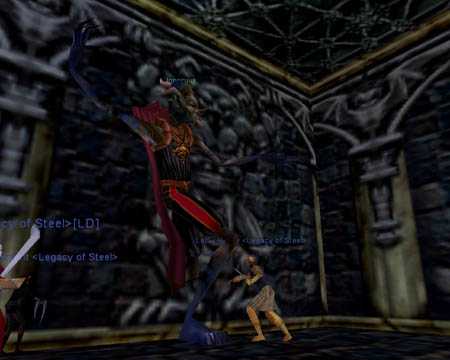 Ok enough of the blah blah blah.  I know you all by now.  You want Ph4t L3wtz.  Well, Inny Loot ain't exactly Phat but there are some decent items to be had. . .

He actually dropped two of those Dorf cloaks, one for Elppin and one for Marck.  Mudcrush was awarded the Earring of Bashing. . HAW!  And the Cloak of Scales went to Terdle.  Yes, Inny is killed for the first time on the server and one of the loot items goes to a twink. . ./comfort The Nameless.

Fighting Cazic Thule is one of the BEST encounters in EQ.  That fight was fuggin awesome.  Everyone there had a blast.  Lemme tell you this, Cazic is TOUGH.  Well, we've all been in a CT fight. . .but I'll post this pic. . .I don't think you'll see the old crews who used to take down CT pulling him any time soon. . .or at least living to tell about it. . . 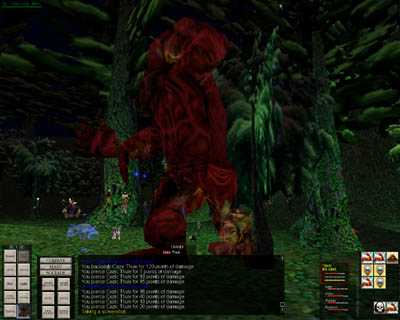 Cazic is a mob where the Risk truly does equal the rewards.  Speaking of rewards, check this stuff out. . .

Like I said, it was an awesome Sunday.  I can't describe to you the great feeling of pride I have to be a part of these people.

And I forgot to mention, we have a new member.  Veneficus has joined us, an awesome Enchanter and super nice guy.  Unfortunately I don't have a picture but you all know Veneficus. . .he's a Gnome ;)