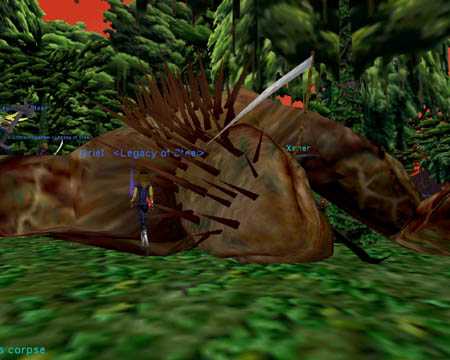 Logged in tonight and found the guild in Fear.  A zone I once loathed is now kind of fun again.  Mostly, we just let Nizzarr train us over and over and the zone gets cleared in record time.  Was the first time we had a chance to see the new Draco.  Ok, WTF?  The new Draco seems like MORE of a Poosae than the old one.  If you wanna nerf something VI, nerf fuggin Draco.  Make that mo faka grow some testicles.  Our clerics finished the fight FM.  I took ZERO damage.  Our taunting warriors took no damage.  Those Golems are more difficult than that joke of a "dragon". . . 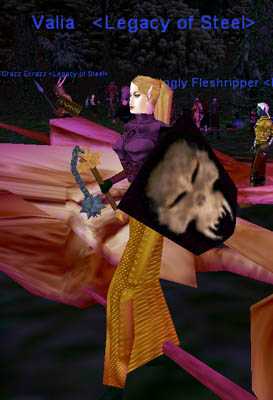 Congrats Valia on the new shield

Grats to Medicd on the bracer

So what's the deal with the shield?  Wasn't that the GODLY cloak all the warriors got over the last two weeks?  Did they do a retroactive nerf or are there a bunch of ub3r l33t warriors running around with Blades of Tactics in one hand and their Draco Mistoore Deal in the other?  Hope they had the common sense to not tweak the old shields.

So we killed CT again.  Was really fun.  Not a single LD so perhaps the server-side filtering does work.  Some reported the same lag but it could have been processor or video card problems.  Either way, we had no LD's.  And that's saying a lot because our CT strategy involves 120 people bind rushing him over and over until he dies.  It's l33t.  I read about it at the Safehouse.  CT dropped that godly, jaw-dropping neck/belt again and it went to Cyni.  He also dropped the cloak which Galiaan now has.

We finished Fear and some of us were bored.  We ran over to Velk's and killed the Freeti Monk, scoring an Icicle Tunic for Arlos. 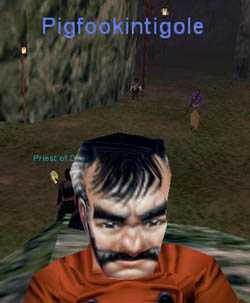