We had left today open as a free day.  A day to get exp.  A day to twink.  A day to do quests.  We heard Innoruuk was good experience.  So we killed he~ 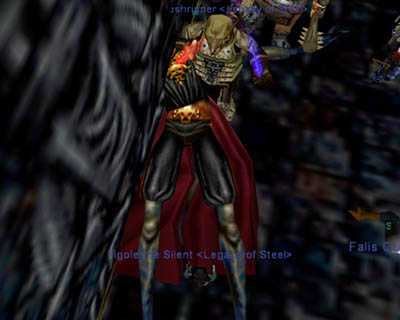 The Inny fight is just goofy.  I think we had Saldor tanking 90% of the time.  For those who don't know, Saldor is an enchanter.  Maybe 3 people died.  If that.  Jeddite died because he got thrown back into some mobs that were spawned.  He did the responsible thing and didn't train us.  But if you think about it, what are the odds that a mob on the second floor of Hate could actually path that far?  Anyway, we got some of the typical goofy Inny loot. . .

Inny went down faster than Despie on a Friday night.  Looking for more action (had about 30 minutes before many were logging), we ported to Dreadlands and killed Gorenaire.  There was no real purpose to killing Gorenaire.  Basically, we like killing mobs. . .the bigger the better, and Gore was there.  Plus my twink has been exping in Dreadlands.  Gorenaire can be a pain in the ass.  I think if you asked any one of us tonight why we were killing Gorenaire, the answer would be the same:  Because we can. 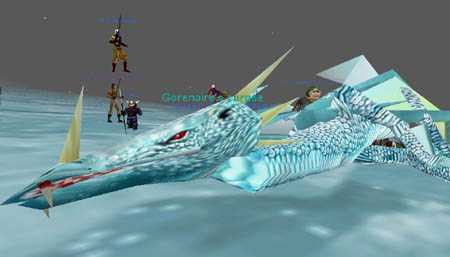 Sad part is, Gorenaire put up more of a fight than Ol' Innosuck.  Looking forward to the next few days.  Lots of good stuff planned.

Quote's of the Day