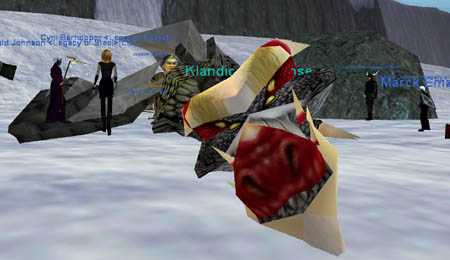 Fool Klandicar died for the first time on The Nameless today.  Being a Dragon-alligned guild, we found Ol' Klandicar smiling warmly at us.  But it's just so hard to pass this monkey-faced leezurd without wanting to stab him a few thousand times.  Kind of funny that Klandicar was the first and only dragon LoS has ever unleashed it's wrath on in Western Wastes.  So the minute this foolman dies, I con a passing Wurm on CoV faction -- warmly.  Anyway, loot on Klandicar is kind of a let down considering this ugly mo faka is one of the "First Brood" dragons.  Check out his drops:

Makes ya wonder if Klandicar is Yelinak's twink or something. . .

Let's see, in other news we invited two new members Troi and Kaelem.  Glad to have them both.  I forgot to take picture so fuck me in the goatass.  Crazz finished his epic recently. Here's a pic of that fool barb: 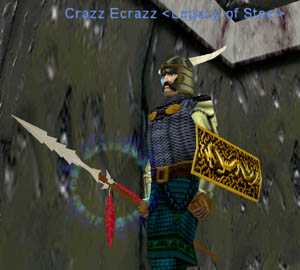 Speaking of fool barbs, I just had to throw this in: 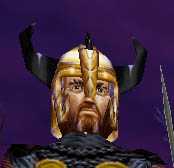 That's all for today.  I am engrossed in the Ten Commandments at the moment.  Filmmaking at it's finest.  I keep waiting for Moses to scream, "SOILENT GREEN IS PEOPLE!!!"  Ok and now to the stalkers, tons of freaks today.  We were waiting to raid Friday night and the damned servers came down, most likely for an update of HGS.  Anyway, because of that there are a ton of these sickos.