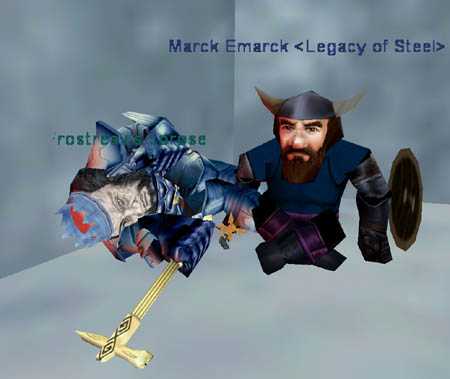 Last night we killed the Dorf of Icewell again.  He put out some nice stuff -- a ring, crown and the hammer.  Of course he gives good head too.  After the Dain we had a contest in Kael.  The title of the contest was, "Who Can Get The Guild Killed the Most Times".  It was really close.  Far too close to call.  The majority of us ended up tying for first place in that one.  Oh well live and learn, right?  Or in our case, Die and Learn.  Well, more truthfully last night was like, Die and Don't Learn then Die Some More and Still Don't Learn then Die Again and Start To Catch on Real Slowly That Doing Dumb Shit Keeps Us From Doing Much Living And Learning.