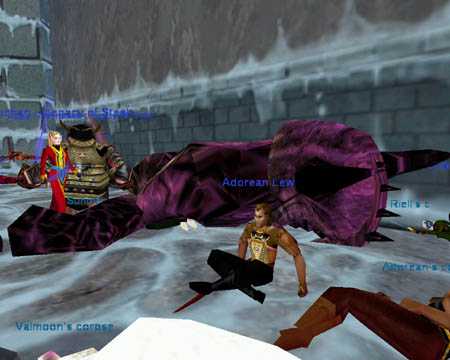 What a smooth raid.  We took out Vindicator and the Statue without a hitch.  Tons of fun killing these giant mo fakas.  Somehow I managed to not die in the whole course of events as well.  You know things are going well when a Vindicator/Statue raid turns into an exp night.  Anyway, it's too late for me to ramble on.  Here's some pics of the fight: 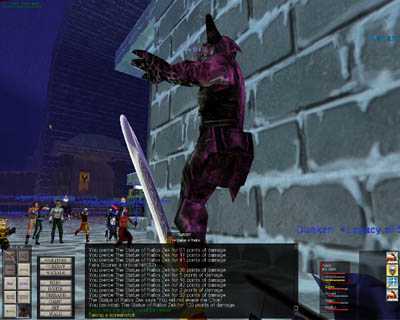 Congrats to Cyni on the Cloak and Dunken on the Swiftblade. . grats EC Tunnel on the reaver 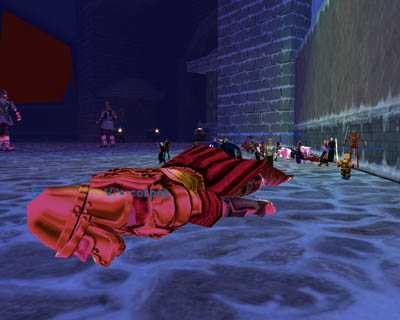 He dropped these for Uggly:

And because I didn't have time to update sooner, here's some mo fakas we dropped the day before: 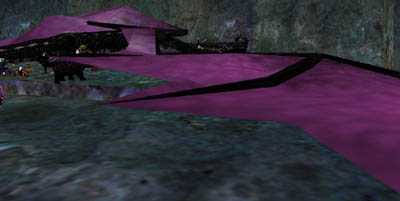 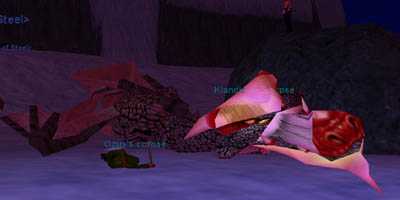 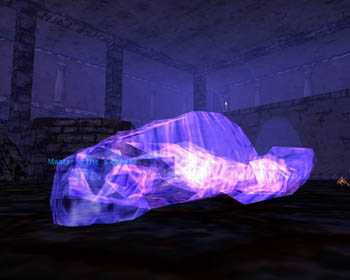 Dead Master of the Guard