Phara Dar and Then Some 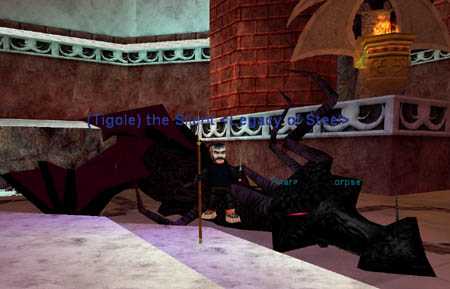 We were overdue for a little Veeshan's Peak.  Although this recent trip made me look at the zone in a new light.  With the SoV expansion basically 90% of the loot simply goes to the bank or our destroy buttons.  The zone has some serious flaws too.  I'm not really sure what VI's objective is with the lightning-quick respawn times.  I mean, when we fight the dragons, we kill the mo fakas solo, or occasionaly we get an add wurm or racnar.  We *know* how to get these mobs solo.  So why not make all the "yard trash" have a long respawn time?  Wouldn't it be more enjoyable for the entire raid to get to kill every mob leading up to each dragon?  Instead people get stuck waiting on their ass, reading books, watching epic mini-series, building replicas of the Mayflower in bottles, while the pull team spends our time getting the dragon to the group solo.  Oops, I just blew some of our l33t strat.  For all you "uber" (ya all just love that term, don't you) people who are going to beg me for information with your level one characters, I'll save five minutes of both our time:  Don't charge Phara Dar in her lair.  Anyway, all VI has to do to make this an AWESOME zone once again is upgrade the loot, give the wurms and racnars a realistic respawn time (something like ToV), and add some loot to the drakes, GW's and racnars (perhaps the out of date weaps that are dropping on the dragons now).

Well, enough bitching.  If there is one reason and one reason alone to go to Veeshan's Peak it is this: 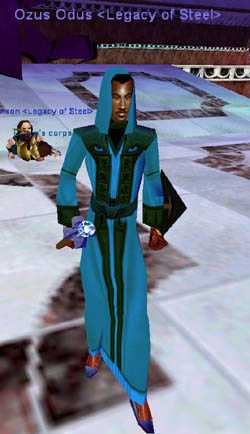 For those of you obsessed with deeming things "uber" please take another look at that robe then re-evaluate whether or not a Manna Robe or a Jumpalot Robe is indeed "uber".  PD dropped two Shrouds of Veeshan as well.  Those went to Gandalfina and Phalinn.

So we killed some of the other mo faka leezurds before reaching Veeshan's Burnout/Boredom.  In no particular order, we whooped up on. . . . 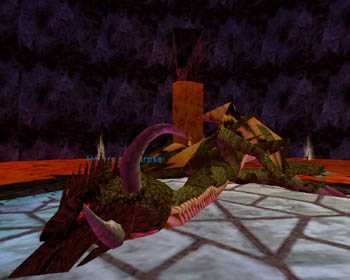 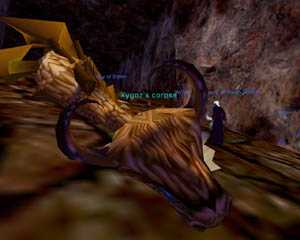 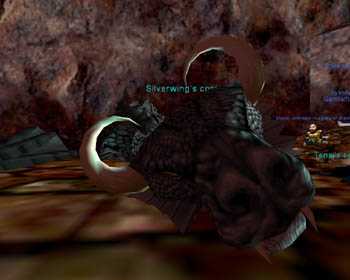 These other dragons dropped a steaming pile of feces.  Well, I shouldn't say that.  We did manage to hook Korelor up with the Shammy hammer so that was good stuff.

Note of Advice: Don't all zone out of VP at the exact same time