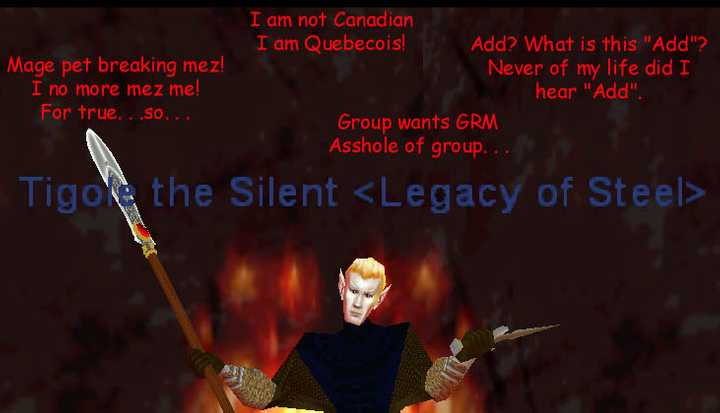 Yes you bastards, I didn't update the page for a week or so.  Truth is we got caught up in Patch Hell over on The Gameless server.  I don't really find it too exciting posting the same CT kills over and over.  Have I mentioned I *REALLY* hate patches no matter how nice that CT loot is?  We killed a ton of a shit last week.  Zland, Kland, MotG, CT, Dain. . .all multiple times.  Actually we only got one Dain kill in.  Luckily the other l33t guilds on our server are now *owning* the Dain.  So far he has dropped nothing for them and Dinged up to level 76 but thank god the Evil Empire that is Legacy of Steel is not getting the loots!

So, now that I have been an asshole and managed to piss off a fair percentage of our server, I will continue with this fine journalism we here at legacyofsteel.net (we being me and my dog, Jack) call the morning update.  As you can see from the above picture, I recently acquired this toy:

Basically, I was bored.  Endless patches and time in Fear will do that to you.  I couldn't stomache another night on Stormfeather's spawn.  So I re-did the Ragebringer quest (in one day Ccc.) and then took my homeboys to wax this cacksugger: 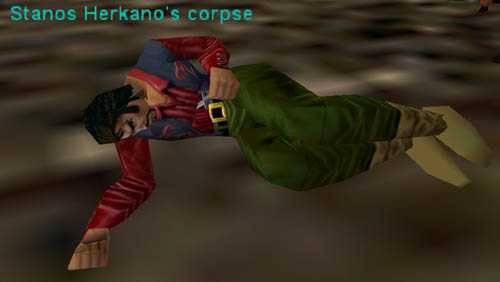 Stanos.  Let me see, I will say something and then have to deal with the know-it-all bastages in the General Forum but I will say this anyway: Stanos is the most Bad-ass mob you will fight in the Old World (not counting PoA).  Stanos is not terribly difficult with a full guild raid.  Problem is, you don't schlep an entire guild to go to Highold so you can get a mask.  You ask nicely during some free time and hope people are willing to help.  I think I gathered around 24 or so.  Stanos, even with 24, was a VERY tough fight but it was fun.  We dropped him on our first try.  Kind of funny considering that the next day we went back for more with about the same numbers and got owned twice before dropping him a second time for Chon.  Minor changes in group composition made the difference.  While fighting Stanos is fun, I must say the best part about it is getting heckled by the noobs in Highold.  So this is what ya get when you kill Stanos:

Honestly, considering the diffuclty of the Quest, I don't think you'll be seeing too many High Elf Rogues and Bards running around Norrath any time soon.  Bards?  Hahaha yes Bards can wear the mask.  Did I mention that the General despawns after you complete the Quest?  Have fun doing the Ragebringer quest, Bards. . .

Anyway, it was super cool of my guildmates to help out with this quest.  Essentially there was nothing in it for them.  It didn't benefit the guild in anyway.  That's just the type of friends we are I guess.  Either that or when I yelled, "HELP ME WITH THIS FUCKING MASK OR NO MORE PHAT LEWTZ FOR YOU" had an impact on them.

Like I said, we killed a ton of shit recently.  Late one night last week Kaelem spotted Ragefire up.

Needless to say he was not up long.  Congrats to Kaelem on his res stick!

Metopious is also kicking ass on the Coldain Ring Quest.  He has everything to get Ring 9 now, he just needs for the Dain not to be poofed *cough cough*.  Oh ya, I was helping with the quest and he hooked me up with this bow:

Was very cool of him.  The bow simply owns.

Enough of my bullshit for today.  I have a ton of shit to do today and then a busy night of logging on to EQ and imitating Saldor all night.

How diplomatic of me, I blanked out the guild this d00d was slamming. . .

Tigolezpeniz's comment was quickly followed by this message from the GM: