And It's Name is Legacy of Steel 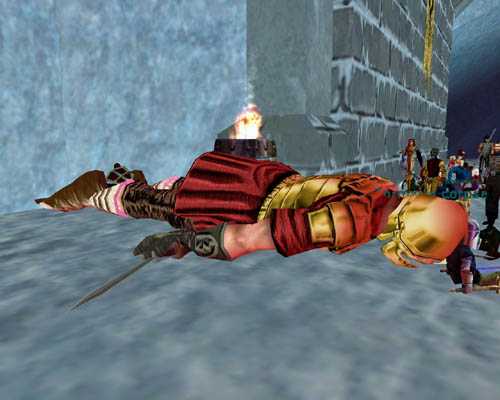 Your name doesn't have to be Fjokar to get some of King Tormax. . . 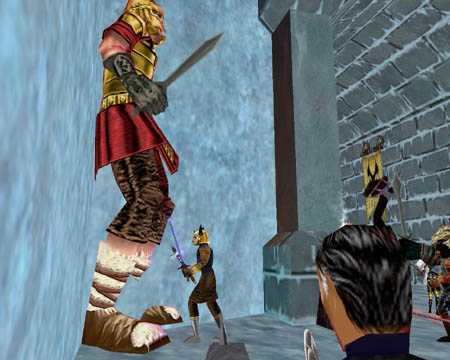 What a night it was folks!  We exploited the shit out of Old King T to get him dead.  Well, actually we just kicked his ass with good old fashioned force.  But I know I'll have to put up with you cacksuggers on the boards.  The only exploit used in this Royal Assassination was our mad skeelz and balls the size of church bells.  You gotta love any raid where the server's head GM dies and the guild lives on, basking in glory.  Ok so I am a little pumped.  What can I say but we have simply been unstoppable lately.  Oh and by the way, feel free to contradict me, but in my not-so-humble opinion, killing Tormax with Fjokar is MORE of an ordeal than just bitch slapping him like Ike did to Tina on an off night.  Don't make me use the shoe, woman.

And to top it all off, the DAGGER OF MYSTERY is finally revealed.  Here ya go folks:

Speaking of new loot, we also discovered this belt:

He also dropped the Axe and Head.  Congrats to Chon, Valia, Lusiphurx and Crazz on the loots. 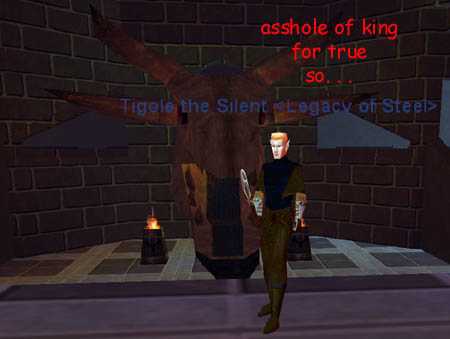 The House of Tormax No More