"Once you accept the rule of death thou shall not kill is an easily and naturally obeyed commandment.  But when a man is still in rebellion against death he has pleasure in taking to himself the Godlike attributes; that of giving it." 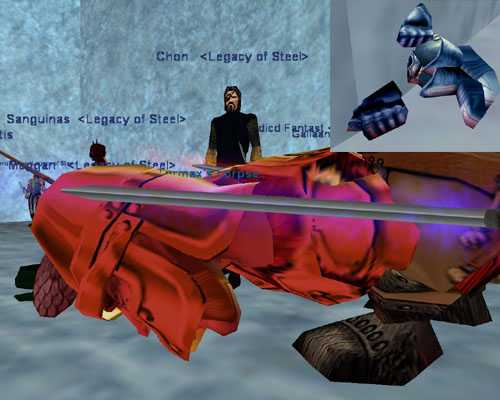 Not only did we keeel King Tormax last night, we destroyed him.  We Deliverance'd Tormax (cue Dueling Banjos).  We got medieval on him.  We actually had more than 40 people log in for once.  I think our new guild name,

By the way, if you thought it was hard getting Frozen Moses to Kael, you should try getting him from Kael to Icewell then down the well. . .