Statue of Rallos Zek Gets BANNED from EQ 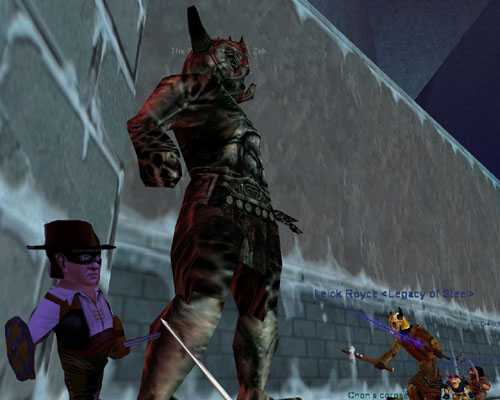 It was a quiet night in Kael.  The Vindicator was not home, he was sleeping peacefully: 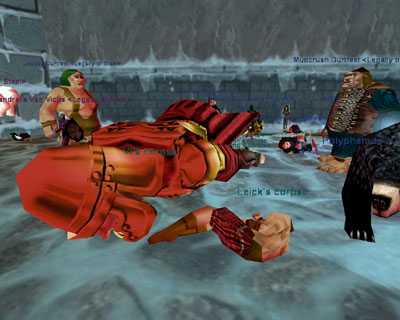 Seeing that Derakor was not guarding his bridge, I decided to take a stroll to the Temple with my homeslice Abbu.  Well, I take two steps on to the bridge when BAM, Mr. Statue of Rallos Zek appears on top of me.  Everyone knows just how tough uber halflings are, but an unexpected visit from the Statue was a bit much.  So Abbu, being the l33t mo faka that he is, decides that since the Statue is having such a fun time bending his lil buddy over, he might as well take advantage of the opportunity to land a tash on the big guy.  Well, Abbu's attempt to cast any spells on the Statue only resulted in, "Your target is out of range" messages.  That's right.  The Statue of Rallos Zek used the bridge to exploit LoS.  I got Conquest-ed by a freakin NPC.  I couldn't even summon him when I tried.  Pretty sure he had res effects on him because my Willsapper slow didn't stick.

So as punishment, the GM's (there are now 19 GM's who follow LoS to every event in the case of possible sploiting) summoned us our beloved Frozen Moses, saving us the hassle of pulling Budo all the way from the Vale.  Afterwards, the Statue was forced to go down on Joboba, the ultimate punishment: 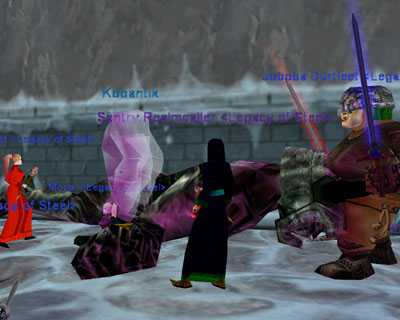 By the way, it seems that the Frozen Moses is becoming quite a celebrity.  Even the GM's are in awe of this mighty force:

After chain-emailing Verant and posting on Messageboards across the web, the Statue of Rallos Zek has still not heard back in response to his rampant exploit.  I say good riddance, motherfucker.