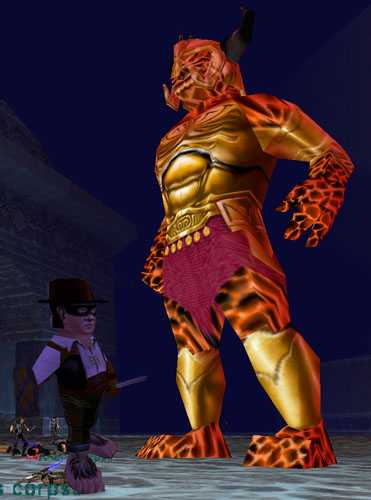 Was a really fun night.  Things got started with a little Zlandicar ownage in Dragon Necropolis.  Is it just me or did they increase the size of that cacksugger?  Looked a whole lot biggen than usual. 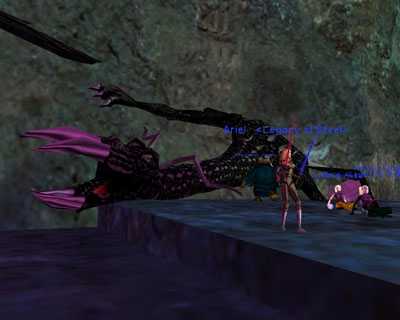 Size doesn't matter -- he's still a poosae to the max.

We dropped the Vindicator in record time.  The Vind was about as tough as fighting a warm stick of butter: 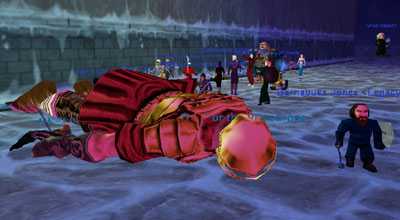 Soon it was time to pull Mr. Statue.  He's always a good time.  If you're bored and looking for something to smack around (other than your under-used pecker) I highly recommend beating the big tin can in Kael: 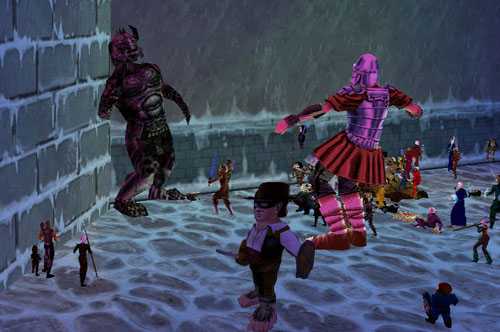 He dropped a Swiftblade for Troi and Hammer for Metopious plus this handy little range item we've never seen drop on The Nameless:

So we decided to see how big of a dent we could put into the Avatar of War.  Man, I think he GAINED hitpoints fighting us.  But that was our first time ever pulling the bastard. We have a pretty good idea how to handle him now.  It's always fun seeing what does and does not land on a mob like that.  Anyway, our experience with the AoW involved more rape than a Jodie Foster movie: 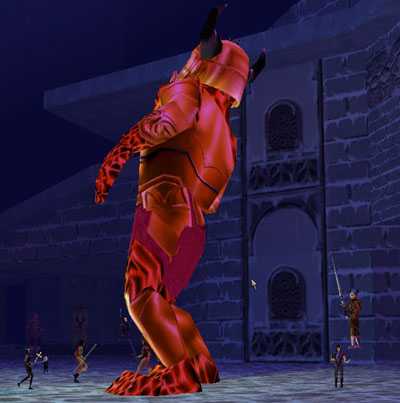 Too bad we were the ones who got bent over.  Oh well, if nothing up we're fired up for our next attempt.  I guarantee you we will do some serious damage to this mo faka in the weeks to come.

Oh, and I honestly have no clue how he ended up at the bank.

Link of the Day

Here's me getting owned by some crazy fool on FoH's messageboards.