War Has Been Declared 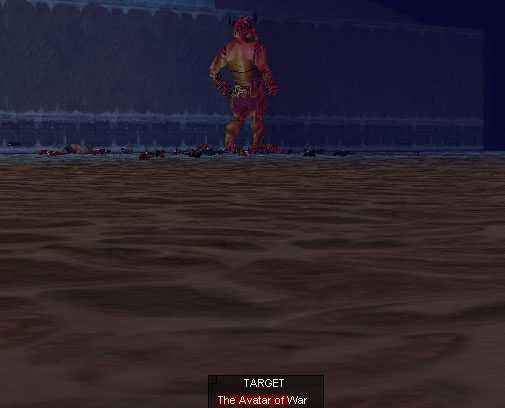 He might have one the battle, but I promise you, he wont win the war.

Hot damn we had a fun time in Kael tonight.  Our goal was clear from the get-go, kill the Avatar of War.  We know that with our current roster we couldn't stage an effective battle against this cacksugger (we average 35-40 per raid).  So we called in some good friends from Paragons of Fury and Shock of Swords to take a whack at the ol' boy.

Well as anyone knows you have to go through the Vindicator and Statue of Rallos Zek to get the AoW to spawn.  Goddamn we Zerg'd the statue like no bodies business: 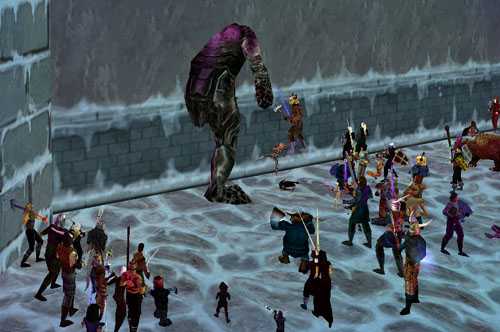 Just to put it in perspective, our first ever Statue kill way-back-when took us 18 minutes.  Tonight we killed him in 8 minutes (that was with 0 charmed mobs btw).  Our guests were fantastic as well.  Only 2 people died the entire Statue fight (not counting the mass that suicided to Enrage to avoid the faction hit).  If you're gonna Zerg a mob, get some l33t mo fakas to help you do it.

Statue dropped a bunch of stuff but I wasn't paying too much attention to loot because we were getting geared up for the real event.  So we're *kinda* buffed. . .roughly organized. . .and what happens?  AoW decides to just WARP right onto the raid -- no pulling necessary: 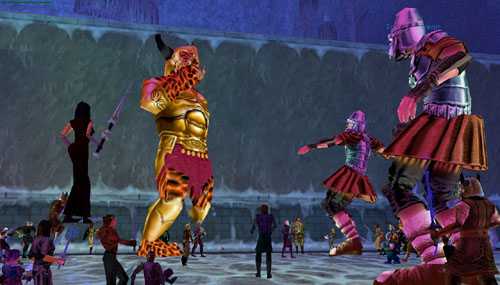 Anyway, for having a premature pull before people were ready we did extremely well.  The fight was fantastic. . .semi-organized chaos.  Goddamn, if nothing else it was a blast.

I need all your help with this one.  I started a poll on our server's messageboard, The Nameless Tavern to find out who is the Swarthiest Sloot of them All: