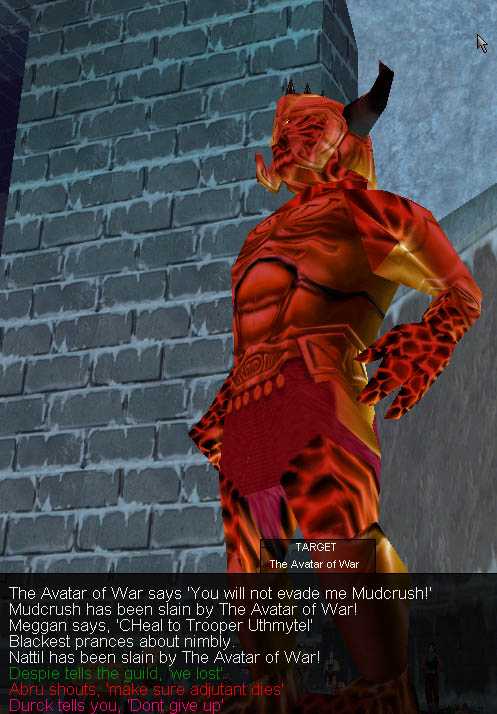 Shock of Swords and Legacy of Steel once again amassed forces in Kael to slay the mighty Avatar of War.  This time we had a much more controlled force there.  Everyone and their sister wasn't zoning in to look at the show.  We discussed how to tune our strat and took another whack at the big Kahuna.  Things were going BEAUTIFULLY.  He was less than 30 percent, I had only died once.  He was going down fast.  And then all hell broke loose.  We had one small flaw in the program and things got ugly real fast.  At one point his health was below the T in The Avatar of War when he got a cheal.  Many thought the battle was over, that there was no way we could win.  That's when Durck, Shock of Swords superhero, sent the famous tell, "Don't give up." 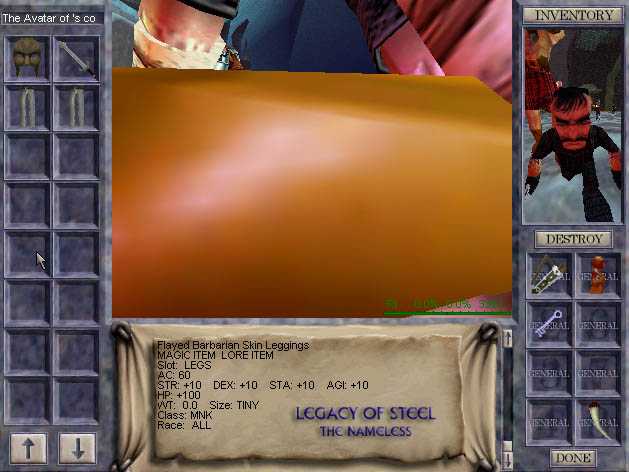 And to top it off, check out the graphic (or I should say lack there of): 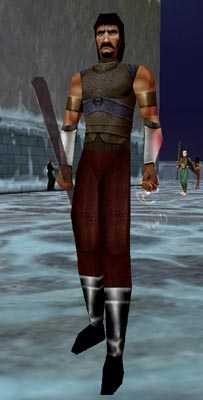 So the AoW tonight was an amazing experience.  We had a nice clean kill going. . .so close.  Then the mass chaos hit.  End result though: Dead AoW.  Again, I want to thank Shock of Swords for being such great partners in our joint AoW endeavour.  They truly are a great bunch of people.