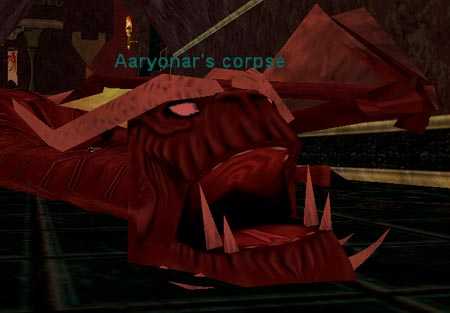 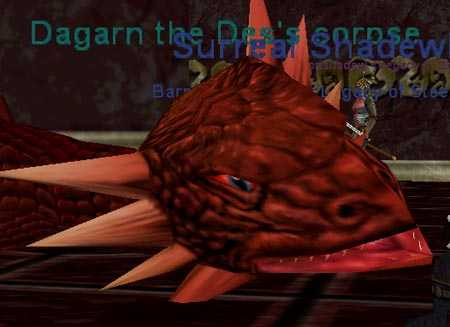 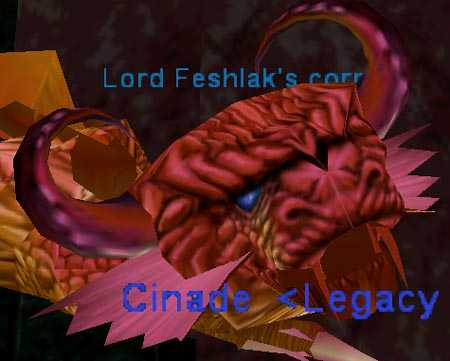 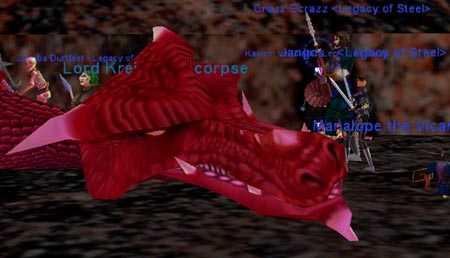 As most of you know we killed Aaryonar for the first time on The Nameless the other night.  Then the servers came down.  Was kind of a pisser having "broken" the North Wing for the first time only to be greeted with a setback like that.  Anyway, rather than piss and moan about (ok, we pissed and moaned a little) we just went on a massive killing spree.  We managed to wax the following cacksggers since my last update:  Ikitiar, Eashen, Aaryonar, Lord Feshlak, Dagarn the Destroyer, Lord Kriezenn and, uh. . .Klandicar. . .thanks bubbling brook~

We're having a blast on our first tour of the North Wing.  Our ghetto faction early on, Claws of Veeshan, made us like that poor kid who only get to go to the parkinglot fair and ride the broken down ferris wheel run by a drunken child molestor while the kids across were sitting pretty in Disneyland.  Well, we killed EVERYTHING there was to kill on ghetto faction and goddamnit, we're going to Disneyland!

Ok loot whores. . .none of this is new.  But it's all new to The Nameless so I'll share a little of what's been dropping:

Oh, and the best piece of loot went to Sentry.  Sentry wanted a new robe to look like the Uber Stud Mage he is.  So he gets this bad boy:

But then he puts it on.  Goddamn I haven't laughed that hard in a long time: 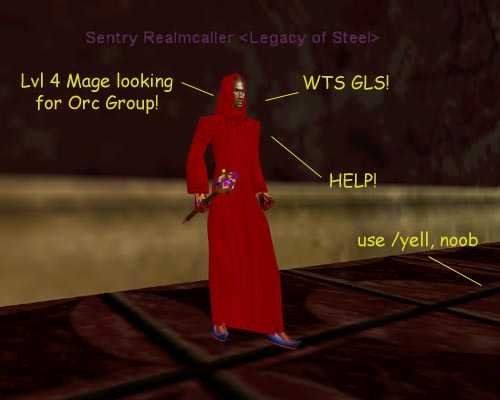