The Nameless hosted its Bard Best of the Best tournament on Tuesday.  The bards of LoS were unbelievable.  Polo, Jangos, Giladae and Dorana all got past the first round.  When all was said and done the last three standing for the entire event were Giladae, Polo and the Sloot.  Ultimately, Polonious took the title, defeating the Sloot in the final round.  Congratulations to Polo and all of our bards for kicking ass the way ass was meant to be kicked.  On a side note, it was very traumatic for the rest of us to have to raid for the night with no manasong.  Please don't ever deprive us of that ever again.

In other news, we're back to keeeeeling in ToV.  We waxed some cacksuggers last night including this ugly mo faka, Lady Nev-somethingorother.  We missed Vyemm and Vulak because of the patch and BotB so the mission continues to see those bastards die before things start respawning.  It's all new to us so we don't mind taking some time to enjoy the sights. 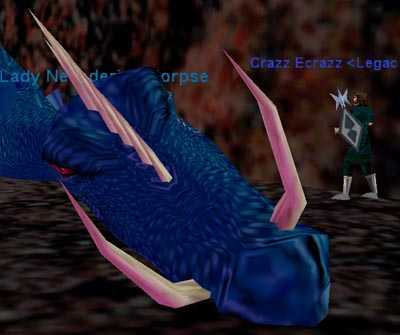 Here's some loot.  Actually, I wasn't even posting this crap to show it off.  Someone asked me the stats and it's easier for me to just post them here =P

So while the Bard BotB was going on in the Arena, the rest of us were in Sleepers for a little warder farming.  We came up with the greatest exploit ever.  We charm Tukaarak's corpse and beat down Nanzata and Hrashnaa with it.  Expect Tukaarak's corpse to be nerfed soon in an emergency patch.  Rumor has it the corpse, while being immune to charm, will no longer see invis. 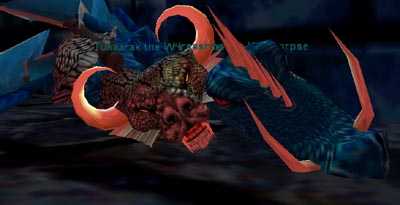 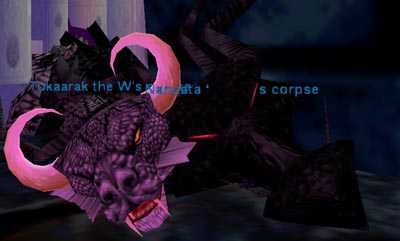