Ok listen you bastards, you cack-smoochers, you dirty hippies, you bitchers and moaners, I know I didn't update the site for a week.  I had to put up with all your lame-ass Updatemetigole and Updatethesitecack and Updatesoonmofaka stalkers long enough.  And you whiners on the forums too.  Because I don't post a picture of dead things on this page means we haven't killed shit?  Let me explain something to you.  Between two patches, a server crash and a ToV crash we've killed more shit than most guilds kill in a month.  Is it really necessary to see 4 pics of a dead Lady Nev?  They're fucking dragons. . .they all look the same dead.  If you get off at looking at dead dragons, go look at last week's update for the money shot.  Ok, for all you slackers that cant handle a webpage with no dragons: 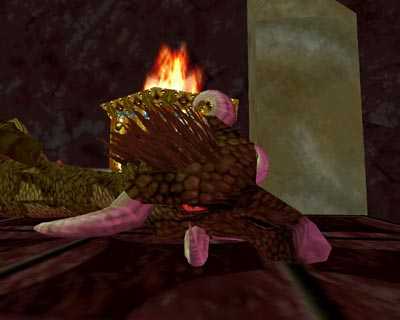 Vyemm is our main target right now.  We've had a few attempt at him but the patches and crashes have really been a setback to us.  Let's see, we got him to 40% with only 5 casulaties when he warped back to his spawn once.  That was cool -- not.  Then tonight we got him to around 40% with around 40 people but our execution was slightly off.  Maybe we just need 50-70 like some of these folks have been doing.  Nah, fuck that.  We'll be back at it tomorrow the hard way.

So Real Life (tm) has also been kicking me in the ass so that's another reason (excuse) why these updates have been slim lately.  Oh! We did raid Halas.  Crazz told us about some website he saw where they killed the Rogue GM with the unique dagger.  But apparently those cacksuggers wouldn't post the stats.  So I bring to you the infamous raid of Halas: 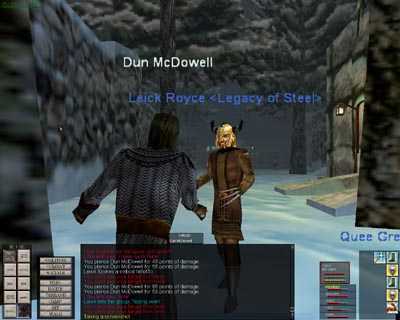 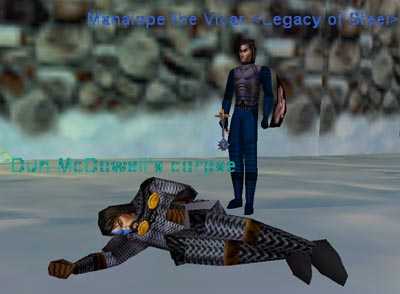 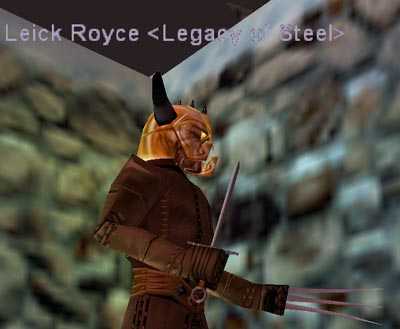 Leick shall forever be the apple of all the noobs' eyes in the EC tunnel with his l33t dagger!

Here's the stats you wanted, Crazz.

Ever wonder why with such a limited selection of unique dagger graphics in the entire game they choose to stick one on some out-of-the-way GM the majority of EQ players will never see?

So here's some phat N ToV to look at for all those cacksuggers telling me we don't kill shit:

Ok, enough updating.  I'll try not to slack too hard this week.

Two guest appearances on today's Update.  First we have Krurk from Veeshan hooking some dorf's up with some lewtz: 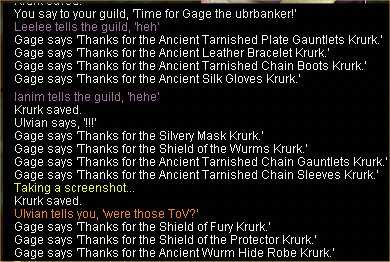 And then we have Leick "Cowboy" Royce, my number one homeslice, hooking up Mort. . .

Still want those Green Scales?  Trust me folks. . .look further into the future. . .

Sigh. . .so many. . .I didn't even include half of these freaks.  My fault for waiting so long between updates