Welcome to the Home of the Evil Empire 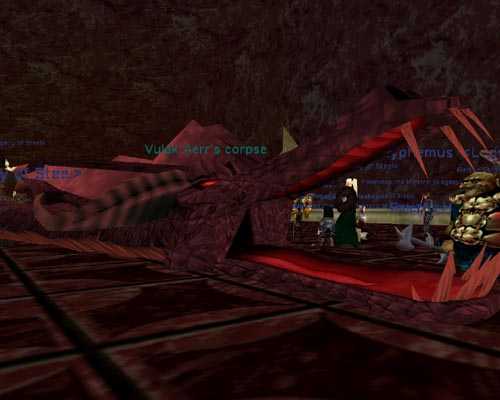 Vulak and Tupac -- Two Homies who went down way too easy

August slowly draws to an end.  What a month it has been for Legacy of Steel, your friendly neighbor highly efficient Evil Empire.  A few weeks ago I was looting the Avatar of War's corpse and tonight I found myself looting Vyemm and Vulak.  Not a dragon to be found in all of ToV.  Clearing ToV was a tremendous amount of fun.  I think many will agree that ToV North is everything Veeshan's Peak should have been.  We had a ton of patches setting us back but we prevailed!!  The zone has been cleared!  Only two *killable* mobs remain in the game that we have not killed.  And you bet your sweet ass we're gonna kill them.

So let's talk about these dragons.  Now I know we're all supposed to keep secrets etc, but let's face it. . .none of this info is a secret to anyone.  And if this info is a big secret, it's only a secret to some poor schmuck who will never even SEE ToV let alone clear it.  Now that I got that out of the way. . .Vyemm is YOUR DADDY.  That motherfucker is one HARD cacksugging dragon.  You can talk about Vulak until you're blue in the face.  The truth is Vulak is *not* the King Pimp of ToV -- Lord Vyemm takes that prize.  If ever there was a monkey on my back in this game it was that mo faka Vyemm.  And when we finally beat him, oh lordy, what a feeling.  Now, ladies and gentleman of the highly esteemed Everquest endgame (a.k.a. lucky sons of bitches who happened to get /guildinvites from the right people at the right time), I keep hearing about the forces being used to kill Vyemm.  If you told me you took 70 to beat Vyemm I would still pat you on the back.  No zerg accusations here.  Like I said, Vyemm is the mackdaddy sum-beeotch.  Folks, we had 5 LoS clerics and one guest cleric tonight.  I think our numbers were right around 45-50ish.  It was a *sweet* kill. Those who have fought Vyemm can appreciate what 6 clerics and less than 50 people means.

And while I am sitting here rambling, I just want to give major props to my guild.  Lately we set these goals and just drive for them, everyone working together.  Doesn't matter what patches or nerfs come, the whole guild shows up and is eager to get back into the fray.  Vyemm was really giving us hell.  We could have easily farmed spawns that were left up.  But instead of rushing out for the easy loot, these guys perservered to see ToV empty.  The attitude these guys showed was simply remarkable.  I am proud to wear the same guildtag as these sick, perverted bastards I call guildmates.

Ok, I can hear ya at home now, Shut the fuck up already, Tig.  Are you gonna post loot?  Hell yes I'm gonna post loot.  If this stuff was going to be nerfed, it would have happened weeks ago.  So here ya go:

Don't get your panties in a wad cause i posted loot -- it's just fucking loot, ok? 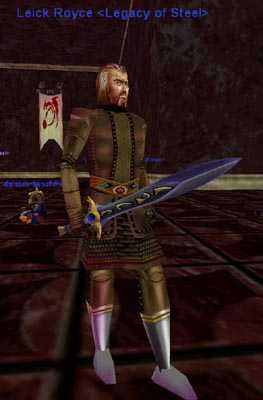 And here are some pics of the Vulak the fight for ya: 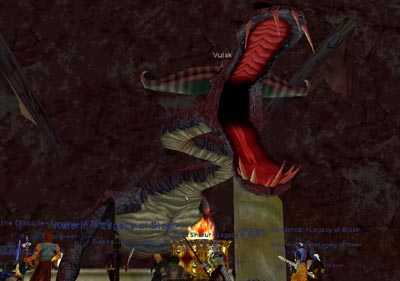 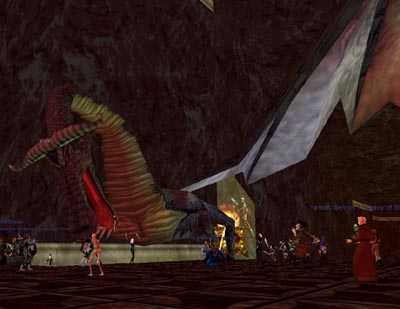 Another guest appearance from Veeshan, this time Sean!

And a small bonus for my buddy in Rivervale