The Temple is Empty Yet Again 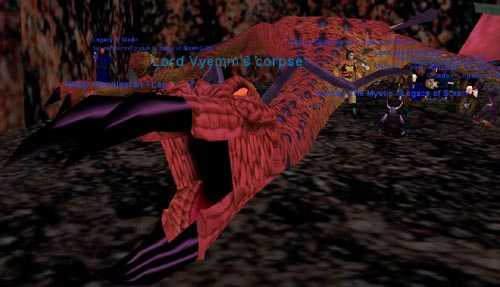 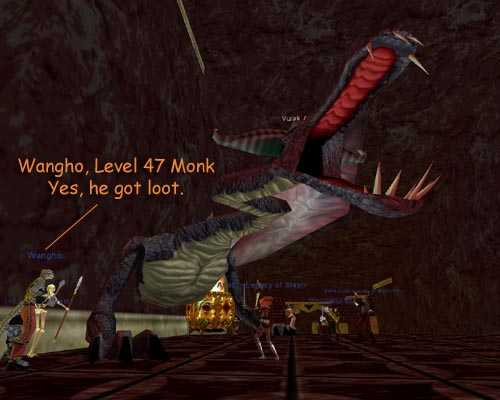 Vulak Shakur going down. . .we Zerged him with 98 level 47 Monks

Was a great clearing of ToV again.  I was gone much of last week (yes you cacksuggers had to look at the same shit day in and day out -- boohoo).  Ariel and Leick led a stellar first day of clearing where they knocked off more mobs than Rhap's mom turns tricks in a night.  Then I got back.  Goddamn, next thing you know the whole guild is getting coffined and mobs are dying in fugged up places such as: 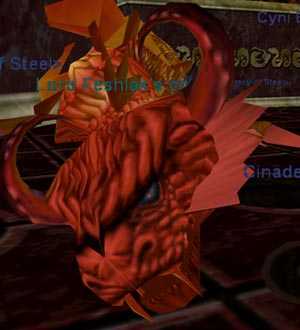 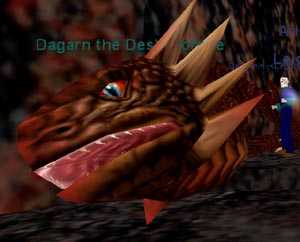 Heh, most of the guild is probably thinking they're better off when I have plans.  But Vyemm and Vulak went smooth as silk and a great time was had by all.  And the loots!!  Well some were good, some were bad and some were ugly.  Here's the part where I post the loot then you super cool d00ds get pissed off at me for some inexplicable reason in order to prove that you are l33t3r than me (more l33t?, fuck my grammar is bad).  Go ahead and bitch.  Feel free to moan.  I'll make sure to order you a whaaaaaaaa-mburger to go with those french cries.

Actually, that loot's not random.  That's Aaryonar loot.  See Mort and Gage for further details below.

Ok finally I'd like to include some screenshots that pretty much sum up what running a guild is all about:

And continuing in the tradition of guest stars appearing on Mort and Gage, I bring to you the two kingpins of Mith Marr, Thott and Hobben. . . 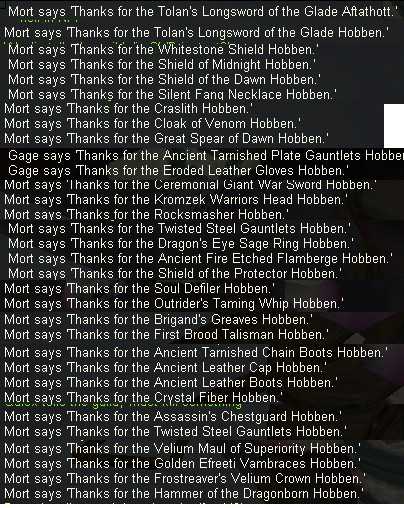