The Superhealerr Sweepstakes Draw to an End -- Sajiin Wins the Prize 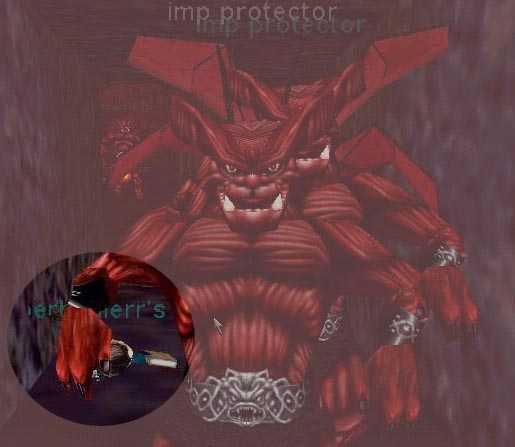 In order to bring you extended, in-depth coverage of the Superhealerr Sweepstakes, I went undercover to provide exlcusive documentation of what life was like for that hunted Halfling this week.  But before I begin, let's just remind you of why Superhealerr needed to face the Wrath of Norrath:

Resentment was building. . .something had to be done. . .

So last week I set the bounty.  Then I delved into the dark underbelly of Sol B as an undercover reporter, putting my own life at risk, to bring you the story.  Quickly I learned that attempts on Superhealerr more often plagued Super's groupmates:

It was all fun and games until my cover was blown. . . 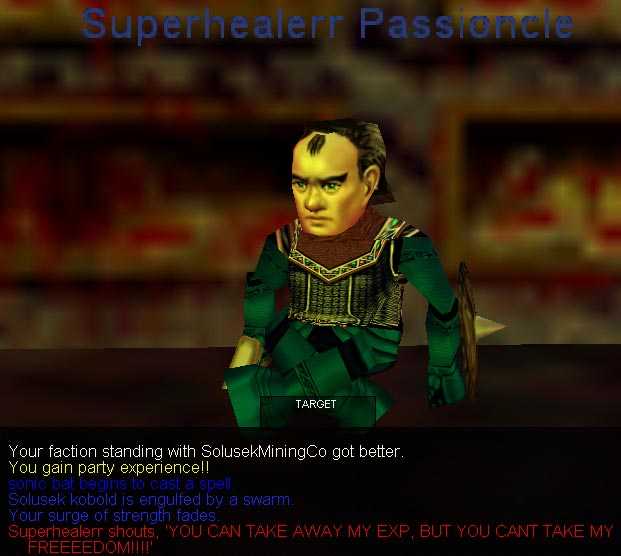 In any event, thanks to all to participated in training Superhealerr Passioncle.  For more information about the winning attempt, please read THIS THREAD.

In other news, we've been keeeling tons of shit.  ToV is clear yet again.  Vulak finally dropped a robe for Krion.  I'd post a picture, but I wasn't there the night we dropped Vulak.  So here are some pictures of the stuff we took down last night. . . 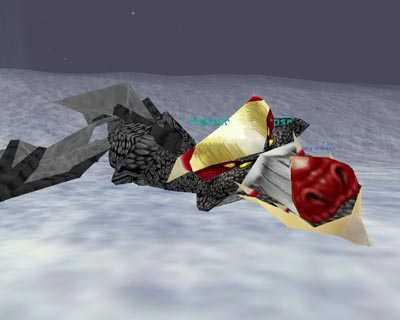 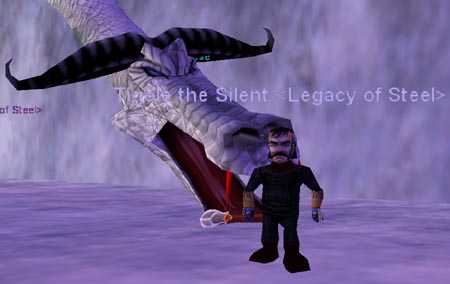