Return of the Money Shot 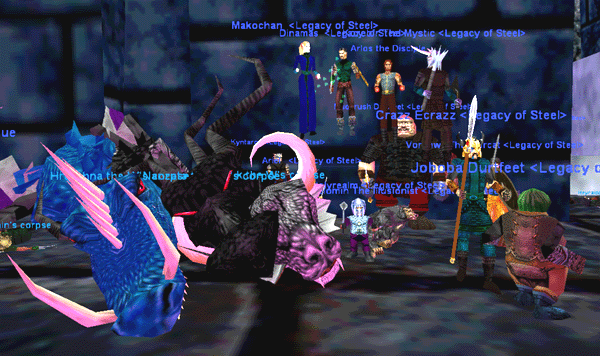 So we've found the best way to kill three Warders is to take them all out at once.  Finally a use for all those AE spells!!!  But seriously, Verant, my good buddies, could you please make the Warders just a little fucking easier?  Spending 20 minutes to get the best melee loot in the game is way too long for me.  Perhaps we could just zone into Sleepers and there will be Sceptres of Destructions placed on the ground, similiar to the port keys found in the SoV port circles.

We're at the point where we get two Primal Spears and they both go to Shaman.  A Wizard and Enchanter also got primal weapons last night.  We did get some needed warswords and Sceptres.  Plus plowing through warders quicker than some people take to zone is pretty damned fun.

Many of you can see where this is all leading. . .Our main problem with Ventani is that for us to get 40 people in ST, it's a STELLAR turnout.  No, we're not lazy about getting keys.  We've gotten keys for probably 70+ people at this point.  Where those people are. . . .only god knows.  Personally, I think Ventani can die to 40.  But when only 3 DB wizards show up, it makes for an added challenge.  By the way, anyone interested in making a cleric or wizard come to The Nameless!!! I will get you a Sleepers Key and then you can proceed to dissappear for good!  It's fun!!!

Disclaimer:  I was kidding.  Don't come to The Nameless.  No, you wont get a key.  Yes, I hate you.  P.S. I play under the character name DESP, not Tigole. 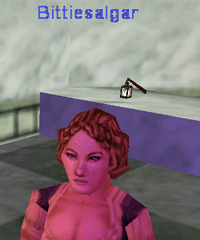