Dorfs and Giants dying. . . does it get any better than Ring War?

Yesterday evening we started the Ring War again, in hopes of getting Ariel her long overdue Ring 10 from Dain Cacksugger.  We get better at this war each time and last night was a truly amazing effort by all those involved.  I want to express a sincere thank you to Shock of Swords for bringing a few groups to help out.  I also want to thank all the guests in the zone who stayed not just to watch but to put forth their best efforts to help us win as well.  Everyone there made a huge difference and all the help was greatly appreciated.  Look forward to seeing you all in Great Divide again real soon.  That is, if you don't crash trying to zone in. . .

On another note, we had top secret plans to off Tunare this week.  I zone into Plane of Growth with my sloot-twink to check out what spawns were up and was horrified when I saw this: 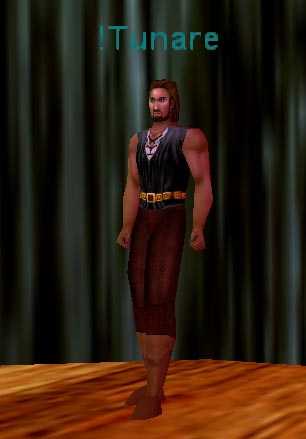 Ok VI foolmans. . . .Tunare had weaps that could be disarmed, right?  How about just removing those weaps?  Or do you have to /kill the freakin mob?  There isn't much left to kill, amigos.  Each day that "free day" appears on the schedule we seem to lose 2-3 to DAoC or windows pinball or masturbation or anything more exciting than EQ with no uber mobs.  Maybe it's time to think about increasing some spawn times?  Or how about just not being retards and making sure mobs like Tunare are ready to kill 1 year after an expansion comes out?  Or did you think we were all gonna camp Stormfeather and let Tunare live?  The game is called EverQUEST not EverTEST.

Misdirected Conversation of the Day

To give some background, Makochan is a Wizard from LoS.  Malluas is one of Shock of Swords warriors. . .

Terrifyingly Appropriate Quote of the Day