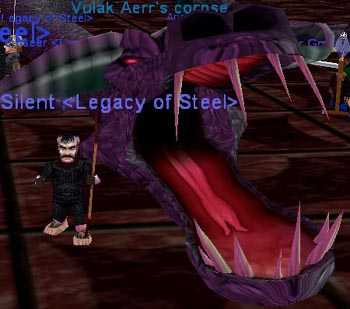 Amazingly the zone stayed up long enough to loot. . .

In case you you cannot tell, I am facing San Diego in the above picture. . .

So as you probaby gathered from the pictures, we headed into ToV for a little dragon keeling action last night (AGAIN).  We weren't alone though.  Our European friends decided to wax some leezurds as well.  At one point we even had a little "race" to see who would get to Koi Poosae first.  Personally, I don't enjoy any competition in this game against something I cannot lay my spear and dagger into however if someone issues LoS a challenge, well, let's just say this bull has some very large horns.

Koi dropped a net, a bracer and a dagger.

Oh speaking of Koi, the night before we had a truly classic Koi encounter.  We all left our keyboards at the exact same time and simultaneously let trained chimps take over the raid.  Look what happened!! 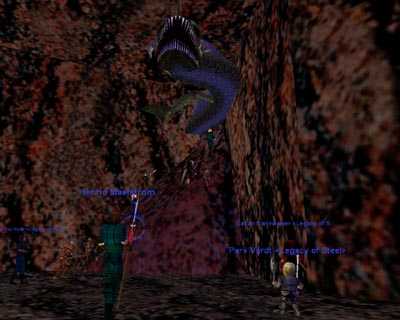 Earlier in the week we did the Ring War again.  It's always fun prepping for the Ring War.  You get to deal with the 30 or so people who hang out in Great Divide doing experience who hate your guts because you start the Ring War every week.  Here's this week's Quote of the Ring War:

In any event, we had far fewer people than for our previous war yet we still prevailed.  Many thanks go out to all the people who were in GD and rather than complain, picked up their weapons and joined the battle.  I've said it before and I will say it again, the Ring War is one of the funnest encounters in the game.  And to top it all off, I got my 10th Ring of Dain Cacksugger!!

Once again it's time for a new feature.  Recently we added a new member named Dada Artist.  Seeing that Dada Artist is an Artist, well, it just seemed obvious to feature his work. 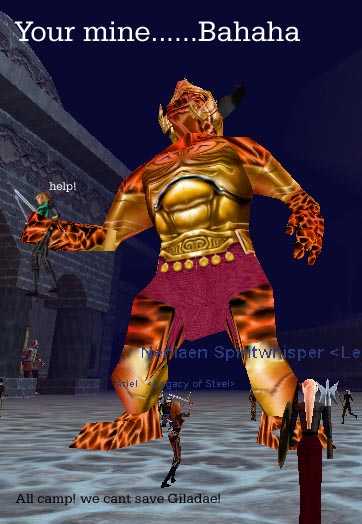 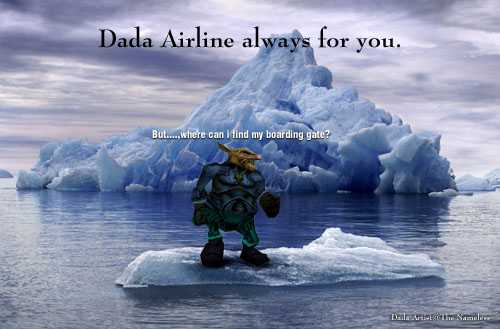 Kill Shots of the Week

Falis saves the day with his timely disc use.