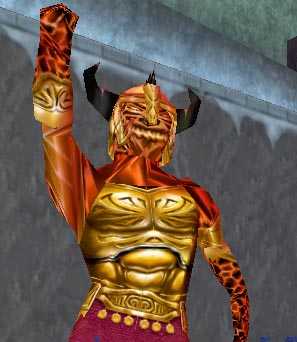 I think we succeeded in having the most hungover raid in Everquest history today.  We all kind of logged on in a daze and it seemed like things were going a bit sluggish.  Next thing you know a relatively small force of LoS and SoS pulls the Avatar of War.  With 9 clerics (2 of them 2 boxed I believe) we managed to put a very nice sized dent into this beast of a mob.  Yes, the AoW emerged victorious today but I think everyone who was at that raid realized just how close we are.  Too bad we consider ourselves lucky if we even see him once a week.  What a rush it is fighting this cacksugger.