Not such a bad week for the Evil Empire 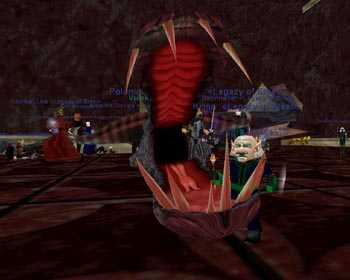 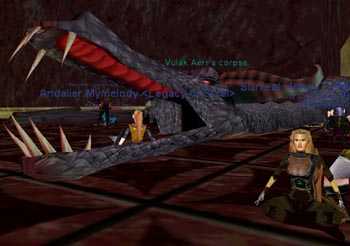 With all the patching and crashing this week we were able to get a lot of killing in before Turkey Day.  Vulak, as always, was kind to us.  He finally dropped another robe which went to Cazan.  Many congrats to him and to everyone else who got loot this week. 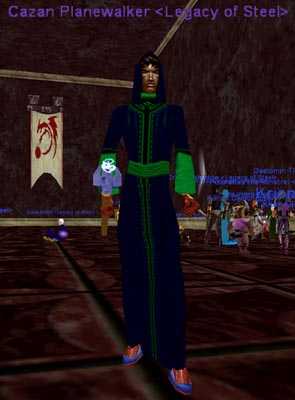 We just finished our second Ring War of the week as well.  Goddamn this last one was truly classic.  I knew today would be slow, the day after Thanksgiving and all, many people travelling etc.  We decide to get the Ring War going.  Right before Monq hands his stuff in I do /who all Legacy to discover we have 25 people in the zone (2 of which were just 2-boxed port twinks).  Luckily there were some folks in the zone who decided they wanted to help out.  Well, everything gets going and we cruise through waves one and two with ease.  Then wave 3 starts and we just get slammed.  We had no where near the amount of clerics or healing power in general needed to win the war.  But everyone made the best of it and the healers who were there did an amazing job.  So I spot the final unit of Wave Three charging for Thurg and I try to divert some but get instantly killed.  I quickly rezoned to Great Divide (my bind point was in Thurg) only to see a handful of people fighting the entire wave at once, ALL at the Thurgadin entrance.  At that point I thought we had already lost.  Dragging my corpse to a safe place to loot it, I kept watching giant after giant swarm to Thurg.  Yet somehow there was always a warrior on one of the giants, or a ranger or a druid. . .anyone.  At that point we here Narandi yell that he had underestimated our forces and was gonna get the fuck out of dodge (his standard, "You have beaten the giants" line).  Monq hauls ass to agro Narandi before he flees.  However the Harm Touch kills him and Narandi starts off toward EW.  After looting my jboots I run to the canyon which leads to EW and find Narandi there.  After some minor encouragement Narandi decides to follow me.  At this point there are 0 clerics alive in GD and a mound of corpses at Thurgadin.  Amazingly, after the quickest res and buff session you have ever seen, we got Narandi over to the group, killed him and Monq was able to loot the head.  It was by far the sloppiest Ring War we have ever done but the last 20 minutes were pure edge of the seat excitement.  And now Monq has a Ring 10 so many congrats to him.  I've said it before and I'll say it again, sometimes it's better to be lucky than it is to be good. . . 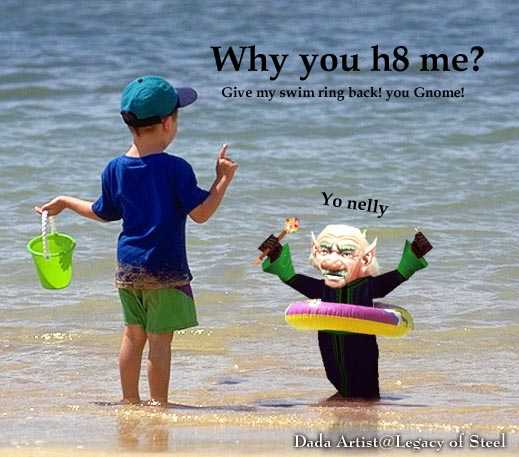