The Only Good Druid is a Dead Druid

In all of SoV only one mob had gone unscathed by Legacy of Steel and that one mob was the Boss Mistress of Growth, Goddess of Norrath, Mother Nature herself, Tunare.  It seemed appropriate enough to return that fiesty bitch to the earth in the form of a face-down dirt nap.  See, Tunare was spending her time charging for SoW's and ports, farming fishbone earrings and training others while Quad Kiting in Growth -- the typical druid bullshit.  Rumor has it she was a mangina anyway, using her good looks along with a host of *teehees* and *huggles* to sucker poor saps into giving her phat lewtz.  Either way, we took a *Mr. Garrison* approach to her exploits and decided, "The bitch must die."

Many congrats to all who were present.  Everyone showed great perserverence in taking her down.  We had two attempts yesterday.  After the first attempt we realized that we were doing something incredibly wrong.  Being the tactical genius I am I came up with a new strat for try two:  Everyone pull your head out of your ass this time.  Amazingly, the strat seemed to work.  According to my batphone sources VI is already at work nerfing this strat and will be patching all servers soon, returning most heads to the asses from which they came.  They have alot of experience in that department.

So the Scars of Velious have been scarred by LoS, from a_snow_bunny to the Avatar of War.  The only safe refuge for mobs these days is in Luclin, behind locked doors with non-existent keys. 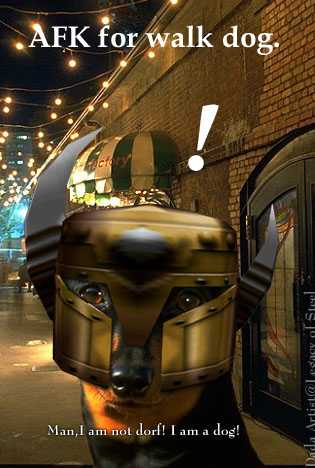 Adorean ponders the mystery that is ToV attendance. . . .